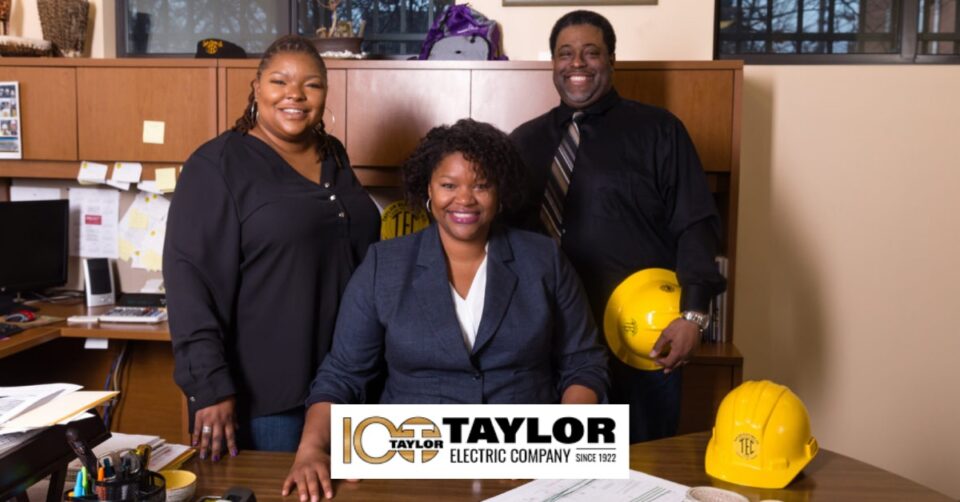 Taylor Electric Company has officially entered its 100th year carrying on a family legacy that began with an ambitious two-man operation.

Since its inception in 1922, Taylor Electric Company has proudly catered to the electrical needs of Chicagoland. Now, fourth-generation descendants are leading the charge of maintaining a multi-million-dollar corporation with more than 100 employees.

President and CEO Kendra Dinkins and Karen Michele Dinkins, vice President and COO, are the great-granddaughters of Sam Taylor, the founding mastermind behind the now Black woman-owned Taylor Electric Company.

“Sometimes we don’t realize how big of an impact it is in a world even from the beginning wasn’t set up for us to succeed, and we were able to make it this far,” the company’s chief executive told the Chicago Defender.

“Some employees have generations that were brought up working at Taylor Electric. We are a family,” she declared.

Located on the south side of Chicago, Taylor Electric Company has partnered with and serviced notable landmarks including Navy Pier, Guaranteed Rate Field, Soldier Field, and Northerly Island.

As a Black man in the early 1900s, it was no easy feat for Sam Taylor to establish the first Black electrical union after the IBEW Local 134 denied him membership. He had no apprenticeship, but still had a reputation for upholding his commitment to completing quality work.

Later, he received support from Oscar Stanton De Priest, the first African American elected to Congress in the 20th century. Sam passed the company to his son, Rufus Taylor, in 1969.

It was in 2015 when Kendra, who had a previous career in teaching, began her charge.

“My dad asked me to come and work the books temporarily in 2007 and I’ve been here ever since,” she recalled, according to Powering Chicago. “I started off as the bookkeeper right before the recession hit, and our office had to shrink at the time because of the economic downturn. I started taking on more and more roles as a result and ended up controlling the manpower, working with the estimators and project managers, and with the customers.”

Giving Back To Chicago

According to Kendra Dinkins, it is important that the Taylor Electric Company channels its “staying power” to help to provide resources and job opportunities for the community.

“Connecting with other black businesses sets an example. When kids around the neighborhood see people who look like them, it will inspire them in the future to own and run a business,” she said, per the Chicago Defender.

For more information about Taylor Electric Company, go to taylorelectricco.com.