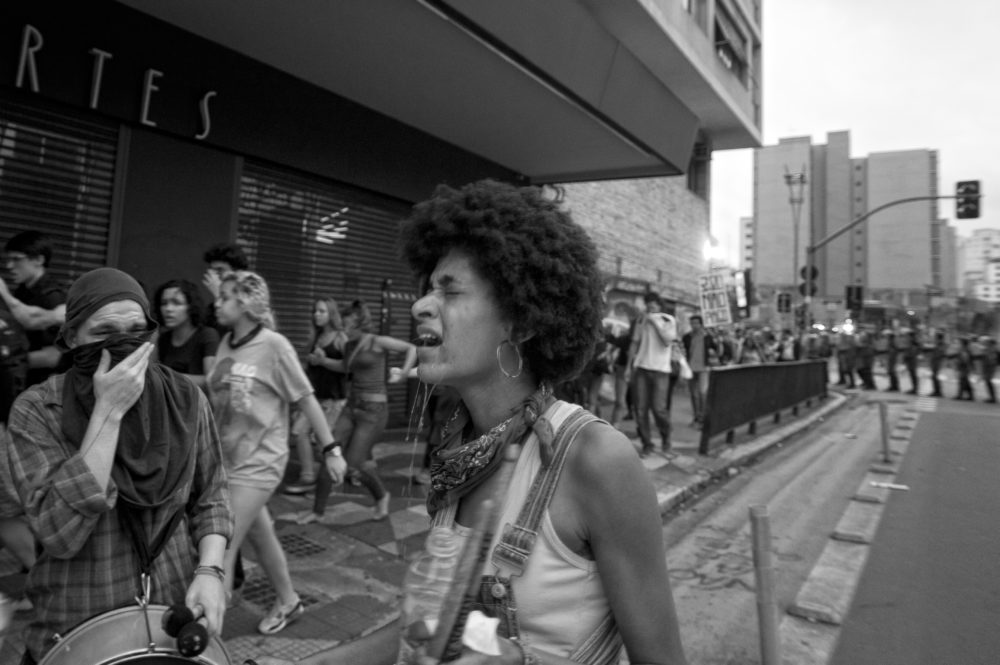 During Black History Month it is important to reflect and think about how much change is still needed since the Civil Rights movement in the 1960s. To get inspired to continue to make a difference, take a look at these top civil rights songs you should have on your playlist rotation.

‘Glory’ is a collaborative track by John Legend along with rapper Common from the soundtrack of the 2014 film Selma.The song contains powerful and meaningful lyrics, such as, “Freedom is like religion to us, justice is juxtaposition in us.”

This 90s classic, featuring top music stars across several genres, including TLC, SWV, En Vogue, Queen Latifah, Patra, Michelle Ndegeocello, Aaliyah, and Vanessa Williams, was a major girl-power moment during the time. It is included on the soundtrack for “Panther” a 1995 Mario Van Peebles film about the controversial political group.

3. Harder Than You Think – Public Enemy

‘Harder Than You Think’ is the first single off of Public Enemy’s 20th anniversary album, which was released in 2007. The song was also selected by NBC to debut on their Super Bowl XLIX commercial. Public Enemy’s ‘Say It Like It Is’ is the backdrop for the Selma trailer. This song is definitely empowering.

“I know it’s crazy to think of this daily; imagine no one needing guns, only once impossible maybe…” These lyrics are the opening words to this song, which revolves around the idea that one day we can change and have a peaceful world.

This song was dedicated by the artist to Ferguson, to help promote peace and support those fighting for racial equality in Mississippi. There are sounds of children in the background of the song, and shares the factors she believes that inspires “black rage.”

This song is also a tribute to Michael Brown. Purchases on iTunes go directly to the Michael Brown Charity. The heartfelt song brings together all your favorite rappers for an unforgettable hit.

This song is inspiring for anybody, where the superstar sings, “Sirens everywhere, singing that street song. Violence everywhere, barely holding on…” The song was produced immediately after the grand jury’s decision not to indict the officer involved in the death of Eric Garner. The three-minute long song begs for strength and peaceful protests. At the end of the video, Eric Garner’s face is shown.

This song was made as a protest song, and became a staple song during the Civil Rights Movement. The song derived from a previous gospel song by Charles Albert Tindley. ‘We Will Overcome’ was published in 1948. Joan Baez performed the song live at the White House for President Obama.

Also known as the “Black American National Anthemâ€, the song was first performed as part of a poem in 1900 in a segregated school in Jacksonville, Fla. Principal of the Stanton School, James Johnson, wrote the poem to honor guest speaker Booker T. Washington. The song has been redone by various artists including Ray Charles (his rendition below), Bebe Winans, Maya Angelou and Melba Moore.Â When Rene Marie was asked to perform the national anthem in 2008 at a civic event in Colorado, she caused massive controversy by swapping the words for the lyrics of Lift Every Voice and Sing. The Rev. Joseph Lowery also used lyrics from the song at President Obama’s inauguration ceremony in 2009.

A major hit for international sensations U2, this song become an anthem for peace, freedom and human rights. It was inspired by the civil rights movement and celebrates the legacy of Martin Luther King Jr.

The lyrics of this song focus on prejudice blacks in America have faced. It was released in two separate singles but both held the No. 1 spot on the R&B singles chart for six weeks. It also peaked at No. 10 on the Billboard Hot 100. The song quickly became a black power anthem.

12. I’ll Take You There – The Staple Singers

‘I’ll Take You There’ was on the Hot 100 for 15 straight weeks, and eventually reached the number one spot. The song is also looked at as a “call-and-response” type of song. While it was released in 1972, it still remains one of the most recognized and successful songs of the century.

13. When the Revolution Comes- The Last Poets

Released in 1970, right in the heart of the civil rights movement, after the death of Martin Luther King Jr. The song was extremely fitting, and definitely caused a frenzy.

14. Get Up, Stand Up- Bob Marley and Peter Tosh

Marley created this song during his Haitian tour, after seeing the poverty stricken country. The song is symbolic for standing against oppression, and is a international Bob Marley legendary hit.

In 1964, Bob Dylan produced the album: The Times They Are A’ Changin, and the first song had the same title. The album consists of songs that address racism, poverty, and plead for social reform and positive change. One of his most famous songs is this one, and Dylan says it was a song with purpose.

Editor’s Note: This story was originally published on February 1, 2019

FacebookTwitterYoutube
← Black History Month: The Son of a Slave Who Ran for President, George Edwin Taylor ← Oprah Is Busted For Promoting Colonized Book On Brown People By White Author
×