3 Screen Actors Guild Awards Speeches That Left Us All Hopeful 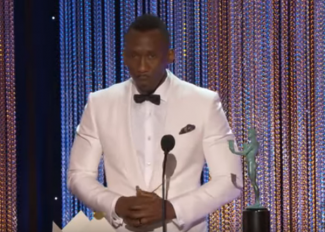 On Sunday night, actors far and wide came together to celebrate each other’s work, at the 23rd annual Screen Actors Guild (SAG) award ceremony. The mood quickly turned political, as actors took the stage to use their platform to spread messages of love, of hope, of tolerance, of understanding; even toÂ remind Americans and the world that we will not stand for the immigration ban–an unconstitutional executive order the president recently signed.

Check out these three speeches from the SAG awards that left us feeling connected and empowered:

An emotional Mahershala Ali, Â who won the award for “Best Male Actor in a Supporting Role” for his portrayal of Juan in Moonlight, touched us all, as he connected his experience working on the film to what’s happening today.

“What I’ve learned from working on Moonlight is, we see what happens when you persecute people,â€ says Ali. As a Muslim, who converted to Islam 17 years ago, Ali also provides a personal example in highlighting that bridges to religion are possible and love can trump all–his mother is an ordained minister.

2.Â Taraji P. Henson’s Speech on Behalf of the Cast of Hidden Figures

“This film is about unity,” says Taraji P. Henson, who played the incredible Katherine Johnson. Henson, along with co-stars Janelle MonÃ¡e and Octavia Spencer, played three brilliant African American women, who worked at NASA in 1960s, serving as the human computers, engineers, and mathematicians behind one of the country’s most important missions in the space race.

In keeping up with the mood of the night, Henson adds, “This story is about what happens when we put our differences aside.â€ Yes, indeed–Katherine G. Johnson, Dorothy Vaughan and Mary Jackson are hidden figures no more.

3. Viola Davis’ Speech for Her Award-Winning Performance in Fences

The lovely, talented Viola Davis won “Outstanding Performance by a Female Actor in a Supporting Role,” for the role of Rose Maxson in the drama Fences. Davis, who has been vocal about the absence of black stories in Hollywood, honors the late August Wilson, and sends another message of true inclusion and celebration of differences.

“He honored the average man, who happened to be a man of color. Sometimes we don’t have to shake the world to move the world,â€ states Davis. “The fact we breathed and live a life, and was a God to our children; just that means we have a story, and it deserves to be told.â€