4 Spiritual Ways to Bring Your Vision to Reality 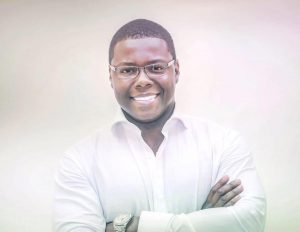 Marcus Gill is a millennial who is making major moves as a pastor who understood the will of God and the calling that it’s had on his life. He prides himself and focuses on bridging the gap of ages, cultures, as well as society, by always giving a message that is relative to all his listeners.

As a graduate of Winston-Salem State University, Pastor Gill perfected his knowledge of theÂ music businessÂ and successfully completed coursework at Harvard University in Religious Literacy. Pastor Gill is a published author of four books: Single God Life, 10 Ways to Stay Free, Happy Single You, and his latest, Psalm Saturday.

Gill is a renowned international motivational speaker and preacher, with over 1.4 million followers on Facebook alone. He’s the founder of Marcus Gill International, based in New Haven, Connecticut, and has reached over 3 million people who have acknowledged Christ as their Savior. Gill is a firm believer that everyone should write their vision and make it plain.

Black Enterprise had a moment to catch up with Pastor Gill on tips to bringing your vision to reality, as he leads by example, and has followed these proven tips to yield success with his dreams and his calling.

Be sure to follow Pastor Gill on Facebook at PastorMarcusGill for daily and weekly inspiration, and to stay current on his upcoming appearances and speaking engagements.

FacebookTwitterYoutube
← 10 Ways to Help Establish a Strong Banking Relationship ← 4 Reasons Why You Need to Move Out of the U.S. for At Least a Year
×