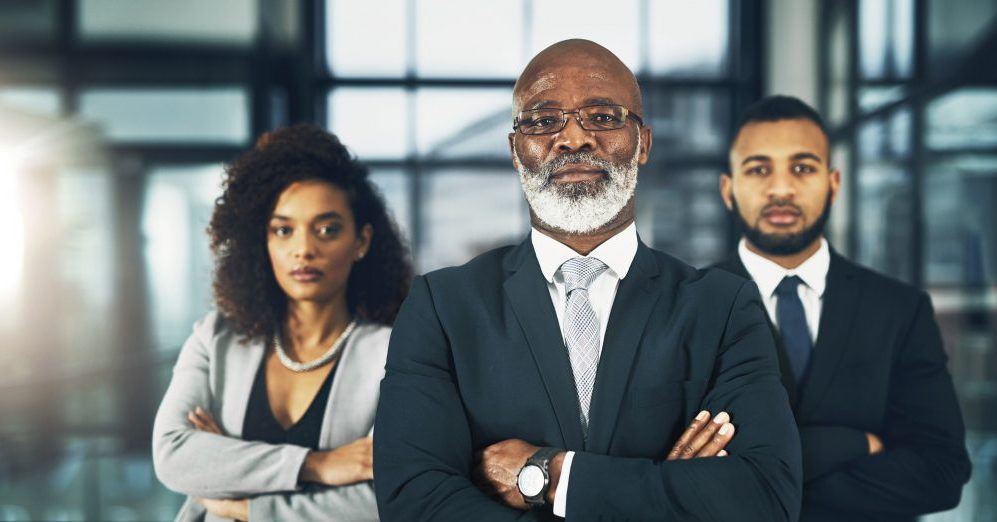 The companies that comprise the nation’s largest black-owned financial firms continued to seek new avenues for growth in an ever-changing environment marked by digital evolution, regulatory adjustments, institutional demands and consumer preferences. Depending on the sector and corporate strategy, some firms stalled while others took off. Collectively, these institutions are pursuing a range of strategies to boost their viability and, at the same time, maneuvering how to deal with the new $1.5 trillion tax overhaul law that begins this year and runs through 2025.

To find out the 45 largest black banks, investment banks, asset managers, and private equity firms as well as the companies that make up this year’s BE 100s across industrial/service and automotive sectors, you will find our series of rosters and industry performance summaries here. In this part of our Annual Report on Black Business, we review the BE FINANCIAL 45—and those that were able to bank on innovative approaches to expand assets and capture market share.

The biggest development on the BE BANKS list is the fact it has a new leader: OneUnited Bank edged out Carver Federal Savings as the nation’s largest black-owned banking institution.

[View the entire list of the nation’s largest black-owned businesses, the “BE100s” here.]

Assets at Harlem-based Carver Bancorp Inc. were $657 million for fiscal 2017, down from $697 million in fiscal 2016. The decline came as Carver strategically reduced its concentration in commercial real estate lending, improving the bank’s regulatory risk profile. To boost assets and deposits, CEO and President Michael T. Pugh says Carver is enhancing its online banking capabilities to attract more customers. “Also, new business activities centered on serving women and minority business entrepreneurs is showing signs of success because of the growing base of customers in our market.”

Another minority-owned bank, the United Bank of Philadelphia, is operating under an amended consent order issued in April 2018 by the Commonwealth of Pennsylvania Department of Banking and Securities. The order calls for the bank to take several actions, including establishing realistic goals to “improve earnings, reduce expenses, and achieve capital adequacy.” As part of an email response to BLACK ENTERPRISE, CEO and President Evelyn Smalls stated, “The priority for the Board of Directors is to promptly comply with the Order while management continues its important work of economic development in the region.”

Durham, N.C.-based M&F Bank recently partnered with Novant Health to provide working capital to small businesses in North Carolina, South Carolina, and Virginia. Novant is investing $5 million into the “Diverse Supplier Community Reinvestment Program,” offering loan guarantees to businesses as part of its supplier network. The program is seen as unique when it comes to helping minority-owned businesses grow. The firm is now pursuing companies such as Duke Energy to adopt the model.

The new tax law could affect how all investment banks—including BE 100s firms—perform in the muni sector this year. Total U.S. municipal issuance is projected at $362.5 billion in 2018, down 20% from $454.6 billion in 2017. The drop is expected partially because of tax reform restrictions from President Trump’s overhaul plan on certain types of issuance, a recent industry report shows.

For New York’s Siebert Cisneros Shank & Co., municipal underwriting volume fell 14% through May 2018 from the same time a year ago. Nonetheless, Chairwoman and CEO Suzanne Shank says the firm has a robust forward calendar and “expects our diversification and expansion in the corporate capital markets sector to help offset any decline in muni underwriting revenue.”

Chicago’s Loop Capital realized substantial growth across all of its business lines in 2017. Perhaps the most significant development was the inception of JLC Infrastructure (JLC), a U.S.-centric fund Loop launched in partnership with Magic Johnson Enterprises that focuses on the development of airports, train terminals, land, and more. It completed its initial close the first quarter of 2018 at $300 million and is expected to close $1 billion by year’s end.

The sector’s most significant game-changer occurred at Durham, North Carolina-based Piedmont Investment Advisors when it agreed in May 2018 to be acquired by Philadelphia-based FIS Group. The deal will create a multi-asset management firm expected to have over $10 billion in assets under management. Isaac Green will remain president and chief investment officer of Piedmont. Both firms will keep operating from their current locations. (Piedmont and FIS Group’s managed assets are listed separately on this year’s list.)

“Strong performance drove our asset growth and attracted new clients to our firm in 2017,” says list leader Ariel Investment’s President Mellody Hobson of the 19% rise in the Chicago firm’s assets under management from $11 billion in 2016 to $13.1 billion in 2017.

At Channing Capital Management, assets under management rose to $3.05 billion in 2017, up $250 million from 2016. Co-founder, co-CEO, and Chief Business Development & Strategy Officer Rodney Herenton says the biggest impact on AUM in 2017 was the continued inflows into the Chicago firm’s Small-Cap Value Strategy, especially the New York State Common Retirement Fund’s additional $227 million in the fourth quarter of last year. The firm’s other domestic and non-U.S. equity strategies will fuel future asset growth.

StoneRidge Cos., the owner of StoneRidge Investment Partners L.L.C. and StoneRidge PMG Advisors L.L.C., realized a decline in AUM to nearly $2.1 billion in 2017, down from $2.52 billion in 2016. CEO Steven Sanders says the drop was primarily the result of draw-downs last year on assets that the Radnor, Pennsylvania-based firm managed from publicly issued bond proceeds used to fund the building of schools, hospitals, and other municipal projects. To keep growing assets, StoneRidge has expanded its suite of fixed-income products. That move has positioned the firm to capture the growing need for customized short-duration portfolios from multiple sources—a strategy Sanders says is already yielding positive results in 2018.

For San Francisco’s Progress Investment Management Co., assets under management reached $7 billion in 2017, down $800 million from 2016. Chairman and CEO Thurman V. White Jr. attributed the decline to a number of factors. Clients changed active to passive investments for large-cap U.S. equity. Plus, they changed asset allocation to favor private equity, hedge funds, and real estate. Yet White is confidently applying a range of new strategies to spur future growth. They will include diversifying client segments by expanding into areas like foundations and endowments. Another plan is to develop and sell Progress proprietary investment products to current and new clients.

There were casualties, however. Two longtime BE ASSET MANAGERS, Holland Capital Management in Chicago and Herndon Capital Management in Atlanta, closed their doors last year. According to Pension & Investments, Holland pointed to increasing challenges for long-only, active equity money managers as a reason for closure. As for Herndon, Pension & Investments reported a letter addressed to clients on the asset manager’s website announcing the that on Oct. 19, members of the Herndon board “voted to wind down the operations of Herndon Capital Management, L.L.C. and close the firm as soon as practicable.” The letter added that Herndon’s board told the clients of their “concern about the financial instability of affecting them.”

The nation’s private equity firms had a prosperous year in 2017, including on the fundraising front. Some black-owned firms joined the party. Chicago-based Muller & Monroe Asset Management boosted capital under management to $890 million last year, from $793 million in 2016, figures from BLACK ENTERPRISE show, During the same period, capital under management at Rockville, Maryland-based Stanfield Global reached $6.4 billion, up $400 million.