5 Reasons to Treat Yourself to a Trip to Barbados 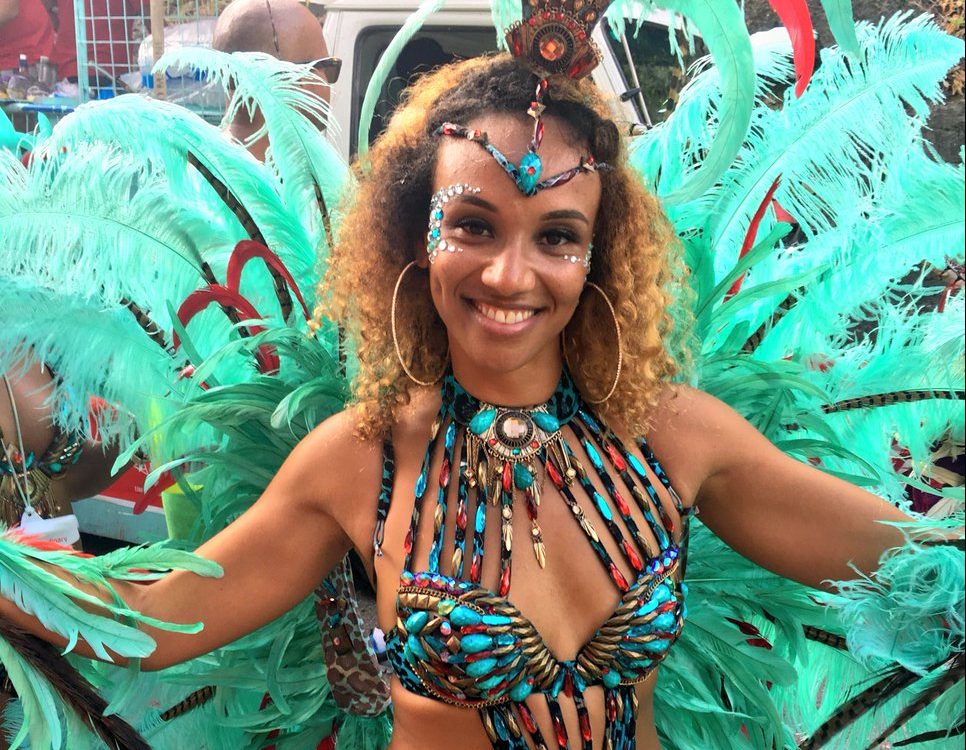 Back in August, I had the opportunity to take a second trip to Barbados and experience the Crop Over Festival for the first time—and what an experience it was! I fell in love with soca, explored the wonder of Harrison’s Cave, got a taste of “the rum that invented rum,” and jumped in the Grand Kadooment! Beyond that, I had the chance to chat with locals and take a tour of George Washington’s Barbadian home.

As working professionals, we all deserve an occasional break from the daily stresses of work and life. Such trips are not only relaxing but they oftentimes broaden your world perspective and present you with a creative space to come up with new, fresh ideas. Here are five reasons why I would encourage working professionals and business owners to book a trip to the amazing island of Barbados.

Crop Over is a two-month long celebration of Bajan culture and history that runs from the beginning of June to the first Monday of August. During this time, Bajans party with their family, neighbors, and loved ones, while extending a warm invitation to foreigners who want to join in on the festivities.

“I love the people,” Jaqueline Blenman, a native of Barbados and a school teacher, told Black Enterprise during a Crop Over breakfast party. “I like that I see all my friends, and my family, and people that I don’t even know. There is no other festival like it in the world.”

Blenman also touched on the roots of Crop Over, which began as a harvest festival on sugar cane plantations in the 17th century. Back then the celebration was called “Harvest Home” and signaled the end of the yearly sugar cane harvest.

“Every plantation had a Crop Over festival. So this thing was literally islandwide,” Richard Sealy, the minister of Tourism and International Transport in the Cabinet of Barbados, told Black Enterprise in an interview. However, the festival was disbanded after World War II and then later resurrected in 1974 by the Barbados Tourist Board in effort to attract tourism and business. “When Crop Over was [relaunched], there was the Jambay Festival in Bahamas, there was Reggae Sunsplash in Jamaica, and there was nothing in Barbados,” explained Sealy.

Since being resurrected, Crop Over has evolved into Barbados’ biggest national festival, similar to Carnival in Brazil and Trinidad. The tradition has also become “synonymous with Barbados,” said William Griffith, the CEO at Barbados Tourism Marketing Inc. (BTMI). “We’ve managed to grow over the past several years into a major festival of food and music and Carnival atmosphere,” he added. “What we try to do is not only promote the beauty of the island, but also the cultural aspects of the island. The original birthplace of rum. And it’s really about the persona of the island. It’s alive. It’s music, food, and top-class resorts, as well.”

The festival officially concludes with Grand Kadooment, a huge parade of masquerade bands usually held on the first Monday of August. This is a stunning spectacle of visual and aural music and dancing to the sounds of soca and calypso. This is also where Rihanna was when she broke the internet by sharing photos of her Crop Over costume.

Outside of the Crop Over festivities, concerts, and parties commonly referred to as fetes, I had a chance to delve into the history of Barbados, which, like all Caribbean nations, was colonized by Europeans and built on the backs of slaves. I also toured the home where George Washington resided as a teenager during his first and only trip overseas in 1751. It is said that the trip greatly expanded the future U.S. president’s worldview and helped him develop an immunity to smallpox.

The 18th century home, which has been renamed the George Washington House and preserved as a national landmark, also includes a room dedicated to the history of slavery. In the clip below, historian, former diplomat, and university lecturer Dr. Karl Watson talked about Washington’s interactions with slaves on the island while impersonating the first U.S. president.

In the following clip, Watson talks about the kid-size slave chains that are now preserved as artifacts:

Furthermore, I had the opportunity to explore other historic sites like the Gun Hill Signal Station in St. George, the largest and most important military outpost in Barbados. The outpost dates back to 1697 and was recognized as one of the four points where guns were placed in order to send an alarm about an invasion.

The flavor of Bajan cuisine is derived from a mixture of African, Indian, Irish, Creole, and
British influences. A typical meal consists of meat or fish marinated in herbs and spices, hot side dishes, and salad, along with one or more sauces. The national dish of Barbados is Cou-Cou and Flying Fish with spicy gravy. Another local favorite is pickled pork with spiced sweet potatoes called “pudding and souse.”

The best way to wash down a Bajan meal is with a glass of Mount Gay Rum, which is recognized as the world’s oldest remaining rum company. According to locals, it’s “the rum that invented rum.”

4. A Future of Promise

Although Barbados is known as a luxury destination for mature travelers, Sealy says the island is in a period of growth and aiming to attract younger visitors. For example, a new Sandals hotel is projected to open at the end of the year. The ministry of culture “is constantly looking at what they can do with the festival and there are numerous proposals about how they can improve it. Make it larger as well. Adding events, and so on. Extending the festival.” For example, “Crop Over is attracting a younger clientele. So is the Reggae Festival and the Food and Rum Festival, which is in November,” he said.

The island also plans to introduce Uber sometime in the future in order to meet the demand and expectations of new visitors. “The Uber folks have been to Barbados. They are talking to the officials with responsibility for that sector, the ministry of transport,” Sealy confirmed. “Uber and/or Uber-type companies are going to be a reality [on the island].”

He added that local taxi drivers and companies are being taken into consideration so that they are not negatively impacted by Uber. Uber “is talking to the Ministry of Transport and Works, who has a responsibility for that sector [of local drivers]. All of those sensitivities are things that they are looking at. Uber isn’t coming here next week or next month, he said, adding, “the local taxi community will be integrated because they have to be a part of it if it’s going to happen.”

Barbados, like many tropical islands in the region, is economically dependent on tourism to a large degree. Tourism has also helped transform the island from a low-income agricultural economy, primarily producing sugar, into a high-income economy. Hence, those of us with the privilege to take an overseas vacation should consider planning a trip to the Caribbean— not only to experience the paradise that it has to offer but because these black-populated nations need tourism to survive. Especially in light of Hurricane Irma, which ripped through the Atlantic earlier this month, causing billions of dollars of destruction and completely decimating Barbuda and Anguilla.