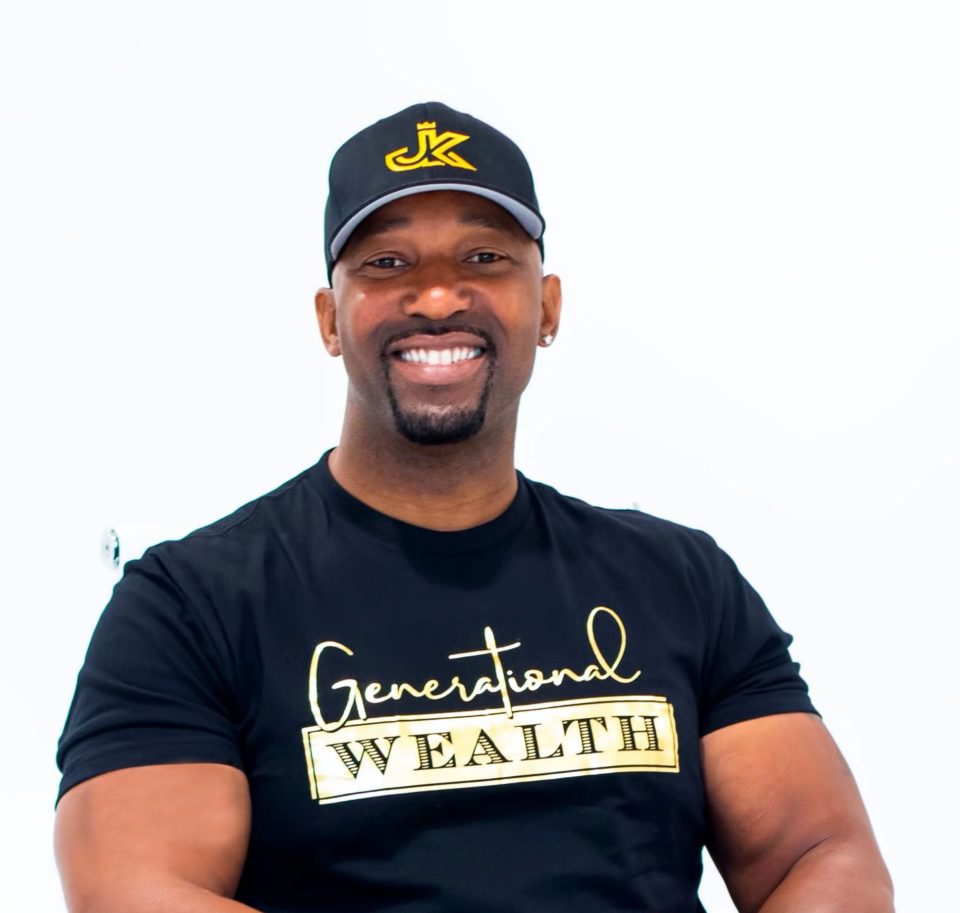 Historically, people that want to start their own business oftentimes work a 9-to-5 until they can replace their salary, hire employees, or experience a few years of success. However, Jemal King, author of 9 to 5 Millionaire, stayed with the Chicago Police Department for over 15 years, well after he earned his first million and opened multiple successful enterprises.

As a young man, King dreamed of becoming a millionaire. Though many of his family members were in the police force and thought he would surely dedicate his life to the family business, King set his sights on a different kind of uniform—one that he would get as an athlete in the NFL. Growing up, he excelled at football as an all-state athlete in high school, conference champion and team captain in college. Though he came extremely close, injuries disrupted his professional football dreams but that did not stop his millionaire goals.

While serving as a police officer, King was exposed to real estate investing through a friend’s uncle and also the lifestyle of the 1% through a friend who played in the league. This led him to invest in multiple properties and start other businesses as well.

After attending several conferences led by Dr. Eric Thomas, a.k.a. “The Hip Hop Preacher,” Carlas Quinney, CEO of Eric Thomas & Associates, noticed King’s commitment and attentiveness and got to know him. Fast forward to several years later, King is now a part of the team and is teaching others how to manifest their own dreams through his new book 9 to 5 Millionaire as well as his course “Make Real Estate Real.”

King took time out to share his story with BLACK ENTERPRISE.

How did you get the nickname 9 to 5 Millionaire?

The name 9 to Five Millionaire actually came from CJ (Carlas Quinney, Jr.)  I used to go to the [ETA] conferences  2014. CJ, ET (Eric Thomas), and Karl used to always see me in front of the audience and I would always bring people with me. After the third conference, they were just like ‘Man we see you everywhere in every single state. Where are you from?’ I told them I was from Chicago and then they were like ‘What do you do for a living? I said ‘Oh man I’m a police officer.’ Fast forward to a few conferences later, CJ came to Chicago and we went to dinner. It was then that he found out that yes, the police department was my job, that was my nine to five, but I also had a multimillion-dollar real estate portfolio, a chain of daycare centers with my wife, me and my brother own one of the largest growing security companies in Illinois. He said ‘so you own all of these multimillion-dollar businesses and you still work a 9 to 5? You’re like the 9 to 5 Millionaire and after that, it just took off. Now we’ve been exposing everyone to this culture. That’s like an oxymoron. Most people that work 9 to 5s are not millionaires and vice versa, but I want to be a conduit to tell people it’s possible to live both lives.

How did you get started on the path to real estate investing?

I had my 9-to-5 by default. I didn’t really want to have a nine to five and just to give you a little backstory,  ever since I was 8 years old, I declared that I was gonna be a millionaire.

Before MTV Cribs came on I used to watch Lifestyles of the Rich and Famous, and I used to always watch people like Deion Sanders and Bo Jackson in nice jewelry, and I said ‘Man I want to be a millionaire.’ Every time I looked at a person on these shows on TV, they just used to smile all the time and seemed happy,  but in my community I used to see people frowning, hating their jobs. I wanted something different.

After telling my dad, he challenged me to choose a vehicle that would get me to become a millionaire, and that’s when I decided to play football because that was the only exposure that I had of millionaires, people who played professional sports.

I played football in high school, became one of the best in the state of Illinois, went on to college, and I got right to the front doorstep of success and it got taken away from me [because of injuries]. At that point, I went to the family business as I didn’t know anything else to do. The only exposure I had was being a cop. But I didn’t let that change my destination—becoming a millionaire. I realized that football was just another vehicle to get me to my destination. I realized the police department could be a vehicle as well. It’s not the Lamborghini like the NFL would have been, but more like the Toyota Camry, but it’s reliable, it’s going to start up every single day, it’s going to still get you where you need to go through rain, sleet, snow, and shine.

While working as a police officer, I had a friend whose uncle was a big-time real estate investor. He came to Chicago one time and took me to his uncle’s house. When he opened up that front door, it did something to me. I saw like 15-foot ceilings. I mean just beautiful. This house was probably at least 10,000 square feet. I asked him what he did for a living, and then he said he was a real estate investor and all of a sudden, a light bulb went off.

I saw instantly what could be another vehicle for me. From there, he gave me the information to a real estate broker and at that point, I started to invest. I went from making $1,200 every two weeks as a police officer to netting $3,000 a month off of my first property. I was only 22 years old so at that point you could imagine, I was on the fast track to getting back to what my dream was.

What can we expect from your new book, 9 to 5 Millionaire?

In the book, you’re going to literally take a ride through my life. You’re going to see just how you can have a plan in your life, get right to the doorstep of that plan, and have a major disappointment take place. I think that a lot of times in life we feel like when something doesn’t happen the way we planned it, our life is over with. This book is showing you that it’s just the beginning, not the end. For every door that shuts, two more open up.

You’ll see how somebody actually shot at me, and not only how I almost lost my life twice but I almost lost my job at the same time. You’ll see how at one point, I was just sitting back like most Americans, thinking I had job security. The same way 9 to 5 Millionaire is an oxymoron, job security is even a bigger oxymoron.  There’s no such thing as job security. You know you’re only as secure as your job makes you. I was only like two months in when the [first] shooting actually took place. I’ll never forget that night which I call my wake-up call because that changed my life forever.

At that point, I was done with the mindset that I was going to let my 9 to 5 take care of me for the rest of my life. I’m showing the reader that I wasn’t finished, and I didn’t quit because my mind was still on the destination and the destination was to be a multimillionaire. It wasn’t really so that I could have fancy cars or a big house, it was so I could take care of generations to come. It was so I could literally change the trajectory of my family.

My want of becoming a millionaire wasn’t selfish, it was so that I could take care of my family so that my children would never have to go through what I went through.

So yes, this book is about getting exposure and the practical steps to take in life to keep going, overcome disappointments, come up with the plan and vision for your life, and having crazy faith.

This is not just an autobiography about myself, it’s literally a step by step on how to make a 9 to 5 work for you and not make your job your destination. Many people make their job their destination, that’s why they’re mad every time they go to work. I once saw that there are more heart attacks on Monday than any other day of the week. Why? Because people are dreading going to a job they don’t like.

Once you make your job your job, it is nothing more than the vehicle to get you to your final destination and that’s what this book actually breaks down. At one point, I thought that I was Jemal the football player, that’s all. It wasn’t until I started realizing that football was just a vehicle that I saw myself as much more.

Mia Hall is a multimedia content producer with a passion for storytelling and helping young Black women reach their full potential. @mia_hall19