New Wakandan Hero Emerges Out Of The Forthcoming 'Black Panther: Wakanda Forever: The Courage to Dream' 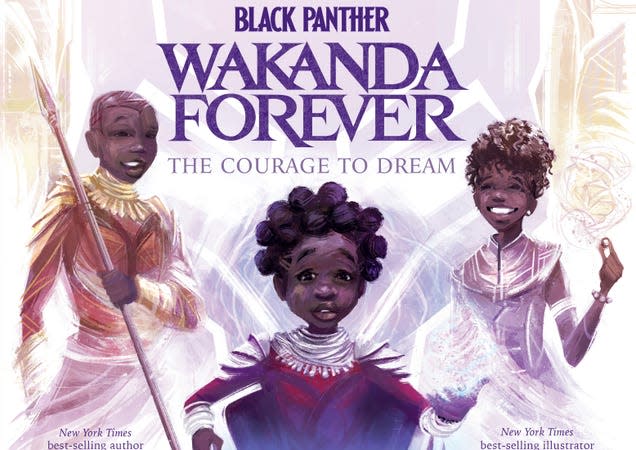 With an upcoming book release, Marvel is delivering on immortalizing Wakanda’s timeless legacy.

As the world gears up for the Nov. 11 release of Black Panther: Wakanda Forever, Marvel Press is offering a special opportunity for fans to immerse themselves in the film’s world through visually compelling illustrations.

Written by New York Times bestselling author Frederick Joseph, Black Panther: Wakanda Forever: The Courage to Dream is set to be released on Nov 1. It is a story “about the legacies we build and the heroic effort of doing good, even and especially when the work is difficult,” per the book’s description.

New York Times best-selling illustrator Nikkolas Smith created the designs for the picture book. Featuring a young Wakandan girl named Assata, the story follows her dream of becoming one of the Dora Milaje, the brave warriors who protect Wakanda, according to a press release obtained by The Root. However, Assata decides to give up on her life’s dream because of her disability.

“Assata’s light shows through all the same, introducing her to surprising friends: the princess Shuri, the warrior Okoye, and the powerful M’Baku. But only Assata can give herself what she’s missing: the courage to dream.”

According to Joseph, Assata will wield power to “remind children and adults alike to never give up on our dreams,” per The Root.

“Wakanda is my wildest dreams come true; a place where the seeds of Blackness have been able to grow unapologetically into a tree of free expression, creativity, and wonder,” Joseph added.

“I’m honored to be able to help young children with disabilities see themselves as the courageous heroes that they are,” Smith said.

He continued: “Wakanda is that ‘What If?’ scenario in an alternate universe where we were able to keep our vast wealth of knowledge and resources intact. It is an indescribable beacon of hope and inspiration for our community.”

As BLACK ENTERPRISE previously reported, Cineworld, the world’s second-largest movie theater chain, anticipates fewer crowds in theaters until the Black Panther sequel is released. The concern stems from the height of the pandemic forcing families inside to stream movies on services including HBO Max and Paramount+.

Meanwhile, adults and children can embrace what it means to them to be a courageous hero in the forthcoming book.