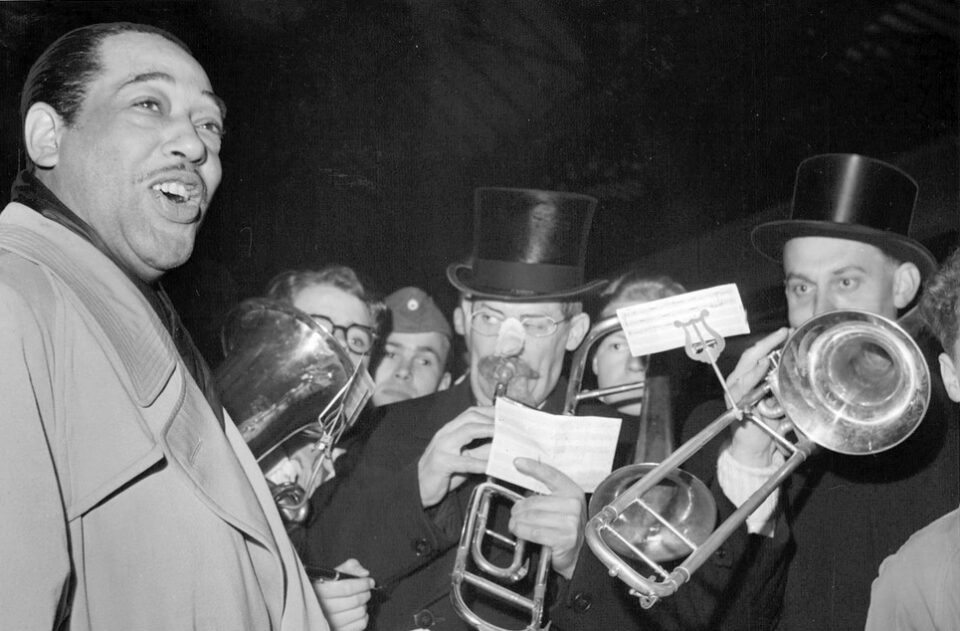 Jazz luminary Duke Ellington and his posthumous achievements have been honored through various forms such as statues, murals, schools, and United States commemorative stamps and coins.

The Hollywood Walk of Fame bestowed Ellington with a star, a Grammy Lifetime Achievement, a Presidential Medal of Freedom, and a Légion d’honneur, Open Culture reports.

Ellington received a Special Pulitzer Prize in 1999, honoring his legacy in the centennial year of his birth. However, in 1965, he was nominated by a music jury for the prestigious award, the regular Pulitzer Prize for Music, but the advisory board denied the musician. Now acclaimed jazz writer Ted Gioia, who has authored several books about jazz, is leading the charge to remedy this egregious exclusion, according to Open Culture.

Gioia used the Olympics’ recent reinstatement of two gold medals won by Jim Thorpe as a template to create a petition pleading with the Pulitzer Board to award Ellington with the esteemed distinction retroactively, InsideHook reports.

“The jury that judged the entrants that year decided to do something different,” writes jazz critic Ted Gioia. “They recommended giving the honor to Duke Ellington for the ‘vitality and originality of his total productivity’ over the course of more than forty years.”

I’ve launched an online petition for Duke Ellington to be granted the Pulitzer Prize he was denied in 1965—despite the recommendation of the music jury.

He adds, “the Pulitzer Board refused to accept the decision of the jury, and decided it would be better to give out no award, rather than honor Duke Ellington. Two members of the three-person judging panel, Winthrop Sargeant and Robert Eyer, resigned in the aftermath.”

“Fate is being kind to me,” he said to the press. “Fate doesn’t want me to be famous too young” —which Gioia notes “he was 66 years old at the time, and in the final decade of his life,” according to Open Culture.

Gioia launched a Substack, and one of his articles gave additional details about the Pulitzer Board’s problematic decision.

Gioia contends that if Ellington had received the 1965 Pulitzer, “it would be the first time a jazz musician or an African-American received this prestigious award,” according to InsideHook.

Gioia created an online petition that 9,000 individuals have signed, including John Adams, Michael Dirda, Steve Reich, and Gene Weingarten, all Pulitzer winners, according to Open Culture.

“We assume that Pulitzers are awarded to work that qualifies as for the ages, that pushes the envelope, that suggests not just cleverness but genius,” writes the New York Times ‘John McWhorter. “There can be no doubt that Ellington’s corpus fits that definition.”