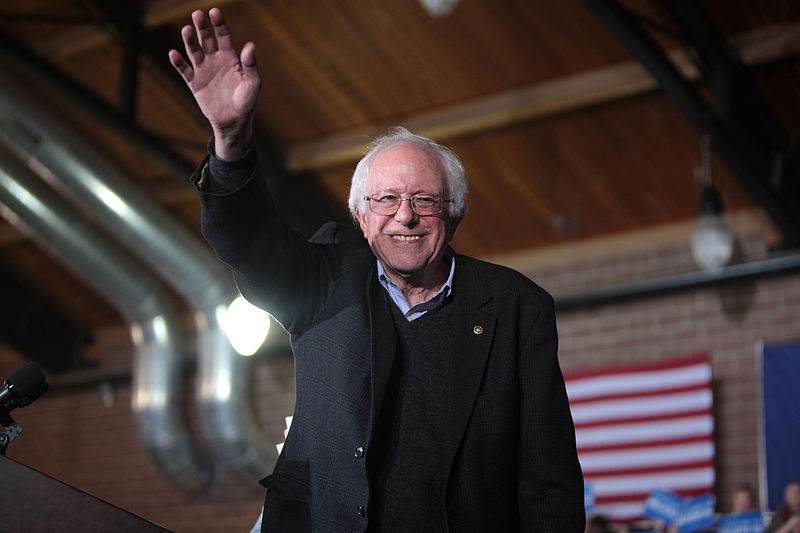 In addition to raising an astounding $34.5 million in the final quarter of 2019 and taking the lead in Iowa just weeks away from the state’s Feb. 3 caucuses, Sen. Bernie Sanders seems to be making headway in wooing black voters in his quest for the White House. A poll conducted by VICE News-Ipsos last week reveals that just as many voters of color would support the Vermont senator as they would former Vice President Joe Biden in the 2020 presidential election should either of them win the Democratic nomination. When asked would you consider voting for the following candidates for president in 2020?, 56% of African Americans said they would consider supporting Sanders in the general election while 54% said they would back Biden. Meanwhile, more Hispanic respondents said they would “consider voting for” Sanders than those who said they’d consider voting for Biden.

According to the report:

Fully 56% of African-Americans said they’d “consider voting for” Sanders in 2020 — a statistical tie with the 54% who said the same about former Vice President Joe Biden and significantly higher than any other candidate.

“Despite frequently being described as a ‘socialist’ or ‘too liberal’, Bernie Sanders has as many, if not more, minority Americans considering voting for him as any other candidate,” Ipsos Public Affairs Vice President Chris Jackson told Vice News.

Since losing the 2016 Democratic Primary to Hillary Clinton, Sanders has made a concerted effort to reach more voters of color in his 2020 campaign. “His failure to win over more non-white voters, especially early on in the primaries, was a big reason Hillary Clinton won the nomination,” reports Vice News. Biden, however, still maintains a tight lead on the black vote in the Democratic Primary race. A new Washington Post-Ipsos poll shows that 48% of African Americans said they would vote for Biden if the primary or caucus was held in their state today. That’s a 28-point lead over Sanders, who gained just 20% of support. On the other hand, Sanders is leading among black voters under age 35.

Nevertheless, the polling suggests that black voters are fired up to vote this November for whoever lands on the Democratic ticket. When asked what the biggest reason for them to vote in 2020 was, more than half, 52%, of African Americans said: “to vote against President Trump.”