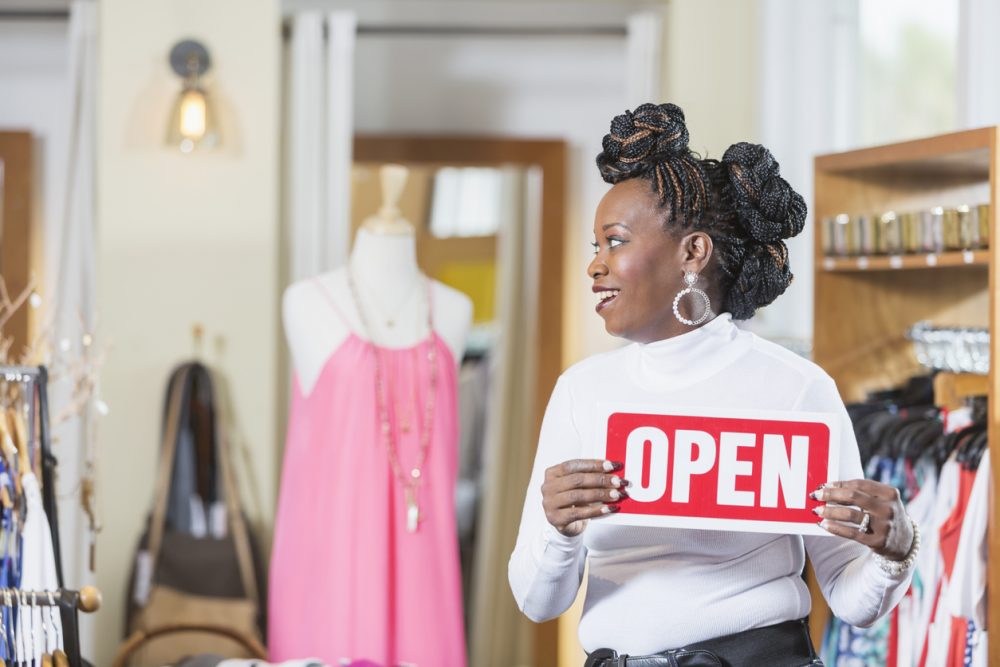 (Image: iStock/kali9)
Marking one of its single largest investments to back Black and Latina women, JPMorgan Chase is committing $30 million to assist and help close the wealth gap for them.
The nation’s largest bank announced two of six winners to gain $5 million each in philanthropic capital tied to an annual contest to source innovative and sustainable concepts to advance equity across U.S. communities. Beginning with Washington D.C. and Baltimore, Maryland, the banking giant reports it will award collaborations across six U.S. cities totaling $30 million.
The bank reported that the philanthropic commitments come as COVID-19 has hit Black and Latina women hard and made worse economic disparities for them. It noted over 2 million women left the labor force during the COVID crisis, and the unemployment rate for Black and Latina women remains constantly higher than the jobless rates for white and Asian men and women.

Based on the JPMorgan Chase Institute, Black and Latina women were especially vulnerable to COVID’S financial effects and ran into “differential impacts like childcare responsibilities caused by closed or virtual schools and daycares.”

According to the bank, “winning collaborations demonstrated significant experience improving outcomes for Black and Latina women, and offered timely and promising approaches to financial health and coaching, entrepreneurship, housing stability, and career support.”

JPMorgan Chase reported five of the six collaborations are led by Black and Latina women. The two announced winners were Advancing Early Education in Washington, D.C, and Prioritizing Black and Latina Women’s Economic Rise in Baltimore. More details on the winners and the commitment can be found here.

Demetrios Marantis, global head of Corporate Responsibility, JPMorgan Chase, stated, “To help address the challenges faced by many Black and Latina women across the U.S., we are investing in collaborations, drawing on the strengths of public and private sectors, to develop and test innovative and sustainable solutions. We know taking on these monumental issues will require a diversity of perspectives, areas of expertise, and skills.”

She added, “Nearly two years into the pandemic in the U.S., we have continued to lose ground on the longstanding economic disparities that have disproportionately impacted Black, Hispanic and Latino people, especially women.”