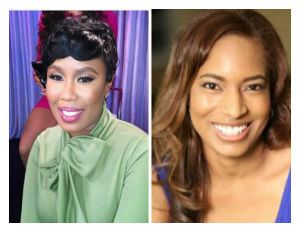 It seems as though the controversy surrounding VH1’s latest reality show Sorority Sisters continues to escalate as Alpha Kappa Alpha Sorority, Inc. (AKA) suspended two of its members who are participants on the show.

According to the sorority’s website, reality show cast members April McRae and Rwanda “Joy” Hammond have been suspended from the organization until July 15, 2016.

Ever since word of the show’s inception surfaced to the public, VH1 and the show’s producer, Mona Scott-Young, have received backlash in regards to the project. When a trailer for the show first appeared online in June 2014, it was immediately taken down and an online petition was started by those who believe the show misrepresented members of black Greek letter organizations. However, the online petition and backlash did not stop VH1 from giving the show the green light. After the show’s December 15th premiere, the criticism continued and several major corporations pulled the plug on their advertisements.

Earlier this week, all nine cast members from the show sat down with television personality Tanika Ray for a VH1 special where they responded to critics of the show and admitted to having received death threats for their involvement in the project.

So far, there is no word on if any other members have been penalized by their sorority for joining the show.