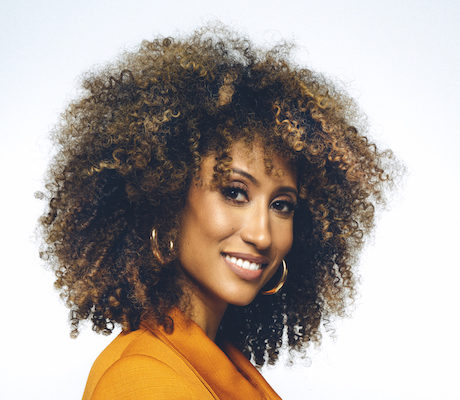 The police killings of unarmed Black men and women like George Floyd and Breonna Taylor have mobilized millions of people around the world to demand an end to police violence, racial injustice, and economic inequality. However, protesters are not just flooding the streets chanting “Black Lives Matter” – they’re also protesting with their dollars and holding corporate America accountable for their role in the fight to dismantle structural racism. Many multinational companies have responded by launching initiatives and investing millions of dollars to empower the Black community. From Apple to Nike to JP Morgan Chase, these corporations are putting their money where their brand is.

As part of its longstanding commitment to support small minority-owned businesses, American Express announced a new video podcast series last week that aims to uplift the history of Black entrepreneurship and the Black businesses that are thriving today. Titled “Build to Last,” the series is hosted by award-winning journalist and author Elaine Welteroth who interviews small business owners about the strategies they’ve used and pivots they’ve made to navigate a period of civil unrest and uncertainity.

“I’m so excited about this project. It is all about amplifying and celebrating the Black-owned businesses that are thriving in the midst of an unprecedented time full of challenge and finding ways to pivot with purpose,” Welteroth told BLACK ENTERPRISE. “It’s just full of gems. It’s full of inspiration. It’s full of raw truths. And what I love the most about the project is that it’s really about not just celebrating the trailblazers in this moment, but it’s about also celebrating our legacy, the rich legacy of black founders and business owners throughout history that have enriched American culture.”

“This platform is for black founders to be found, to be discovered, and supported, but also for them to be able to share their wisdom and their tools that they’re utilizing in this moment to navigate on uncharted territory,” said Welteroth. “And these are all black founders that are thriving in the midst of a time of tremendous struggle.”

Upcoming episodes on the weekly series will feature Issa Rae and Hannah Diop of Sienna Naturals, Melissa Butler of The Lip Bar, Anifa Mvuemba of Hanifa, Corianna and Brianna Dotson of Coco & Breezy, and Shannon Maldonado of Yowie. In addition to being released on all major platforms including Apple Podcasts, Spotify, Soundcloud, and Stitcher, fans can also access the video podcast episodes on the American Express Youtube Channel.

“Built to Last” comes as activists and celebrities encourage consumers to #BuyBlack, a viral movement in support of Black businesses and Black economic empowerment.

“We are in a fight for economic justice in this moment,” said the New York Times best-selling author. “This is a moment where we need to remember that…we are not only protesting on the front lines of movements on the ground, but we all have the power to protest with our dollar. We have massive purchasing power, and we need to be more mindful of how we’re spending that.”

Watch Elaine Welteroth’s full interview about “Built to Last,” Black economic empowerment, and her quarantine wedding in Brooklyn below on The New Norm With Selena Hill.