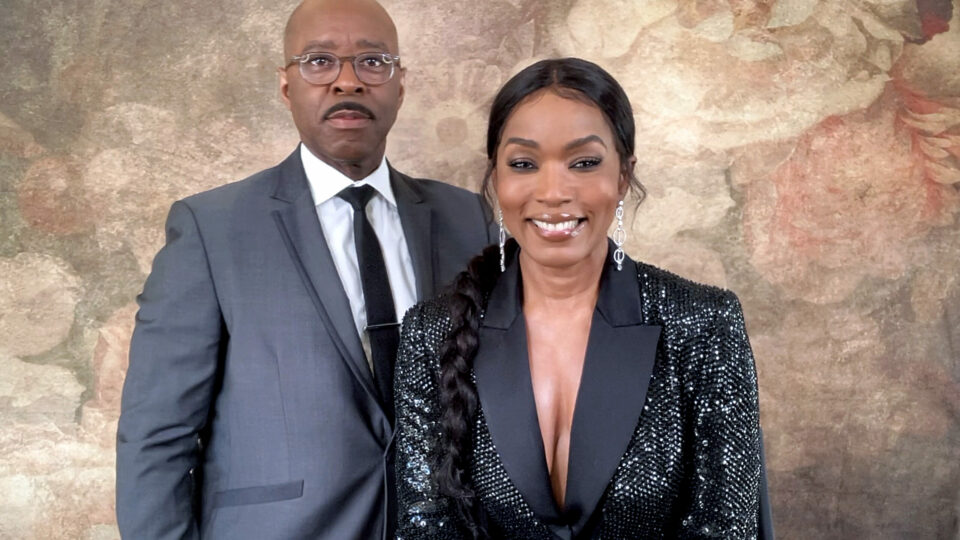 UNSPECIFIED LOCATION – MARCH 7: (L-R) In this screengrab, Courtney B. Vance and Angela Bassett speak at the 26th Annual Critics Choice Awards on March 07, 2021. (Photo by Getty Images/Getty Images for the Critics Choice Association)

Black Hollywood’s favorite couple, Angela Bassett and Courtney B. Vance, celebrated their 25th wedding anniversary and gave fans a peek inside how they commemorated the big day.

The Black Panther star took to Instagram on Thursday to share a video showing the lavish hillside celebration she and Vance hosted to honor their 25-year marriage.

“25 years…When we first got married, we couldn’t wait to say we made it to 10 years! Now look at how far we’ve come!,” Bassett shared in the heartfelt caption.

The seasoned film star gave a nod to the soul band Frankie Beverly & Maze in her message, honoring her milestone anniversary.

“As Frankie says, ‘Joy and pain are like sunshine and rain…Whew! He sure was right!’” she wrote.

“We’ve had successes, we’ve had failures; we’ve had spectacular wins, we’ve had devastating losses…But through it all there’s been one, beautiful constant: We’ve always had each other!”

Bassett concluded by thanking the higher power and their loved ones for all the support over the last two and a half decades.

The Hollywood couple celebrated their 25th anniversary on Oct. 1 at a lush soiree that included familiar faces like Bassett’s 9-1-1 co-star and close friend, Aisha Hinds. During the event, Bassett and Vance watched a sweet tribute video of their children, Bronwyn Vance and Slater Vance, before the twins gave a heartfelt speech to their parents, ET reports.

Bassett and Vance first met at the Yale School of Drama in New Haven, Connecticut, during the 1980s. It wasn’t until they reconnected 14 years later that the romance started.

“I was single. He was single. And I had such an appreciation for him over those years—of his consistency, how he treated other people, of what a supporter he is, what a connector of people he is, how passionate he is,” Bassett told People.