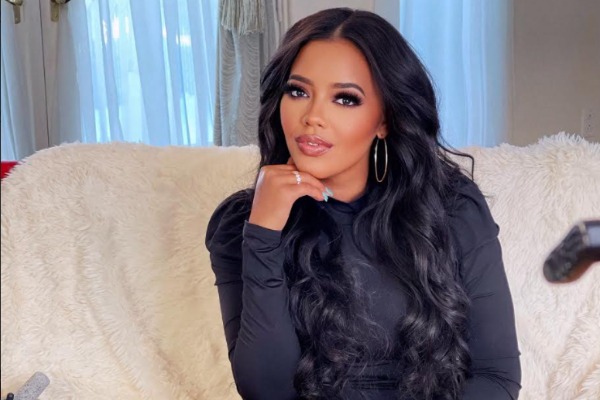 As the daughter of hip-hop royalty, many assume Angela Simmons has had everything handed to her on a silver platter. But while speaking with BLACK ENTERPRISE, she explains how she had to hustle and use her own money to get her businesses off the ground.

Known for promoting her life as a celebrity entrepreneur, beloved TV personality, and doting supermom to her son Sutton Joseph Tennyson, there’s still another side to Angela that she is only just now opening up about. Despite her family’s legacy, Angela faced her fair share of trials on the path to building her empire.

As the daughter of Run DMC’s Rev Run and niece of hip hop mogul Russell Simmons, some of Angela’s early successes on television include Run’s House, Daddy’s Girls, and BET’s 106th and Park, Simmons is now an established actor and producer.

In season 2 of her show Just Angela, the TV personality and entrepreneur gives viewers an intimate look at her day-to-day life as a #girlboss. In the new season that premiered on Feb. 15, she’ll be covering a variety of topics, including a tour of her new house after moving from another state, a glimpse into her vegan diet, what her glam routine looks like, the Black maternal health crisis, and parenting through grief.

Airing on AspireTV, the network that celebrates and reflects the Black culture and urban lifestyle, Just Angela will give fans a deeper introduction to Simmons’s life as a multitalented entrepreneur, owner of her own skincare line, Simmons Beauty, and co-creator of her new fitness brand Xtreme Built Not Bought.

Angela also continues to highlight entrepreneurs on the Aspire MKTPLC online directory of Black-owned businesses where consumers can buy Black and shop with purpose.

Angela also talks about her addition to ALLBLK’s Social Society with Kendall Kyndall, Reginae Carter, and Kendra G. The new show, which premiered on Feb. 7, follows the co-hosts as they welcome some of our favorite celebrities, influencers, and Black culture experts for epic discussions on lifestyle, love, politics,
and everything in between.