Despite Challenges, Baltimore Is a Hotbed of Black Innovation and Entrepreneurship 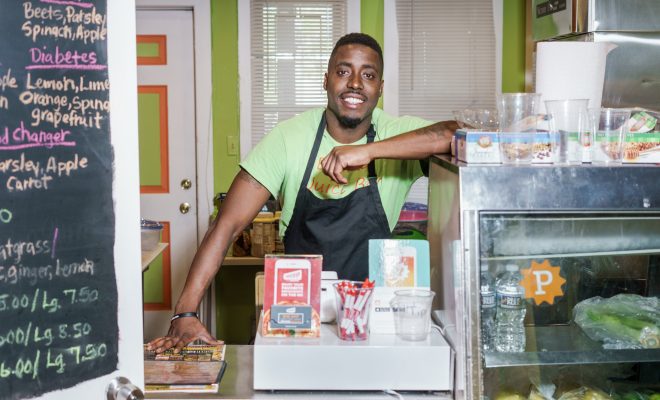 In wake of his recent Twitter attacks on newly-elected women of color in Congress, President Trump set his sights on new targets: Rep. Elijah Cummings (D-Md.) and the city of Baltimore. In a series of tweets, Trump set off an internet maelstrom, mocking Baltimore as “a disgusting, rat and rodent infested mess.” He also went off on Rep. Cummings, accusing the civil rights leader of being a racist; of doing “nothing but milk Baltimore dry;” and using his position as chair of the United States House Committee on Oversight and Reform to “hurt innocent people and divide our Country,” among other rants.

Charm City has many of the same challenges that other large urban areas across the country face. Gentrification, income inequality, and other issues have caused turbulence in city areas—particularly among minority citizens. Yet, as Black Enterprise regularly covers, Baltimore continues to cultivate a number of black entrepreneurs, innovators, and leaders—successes forged by the challenges they have overcome.

Take a look at some of these positive stories of achievement that come straight out of Baltimore:

In 2016, President Obama appointed Carla D. Hayden the 14th Librarian of Congress—making her the first woman and first African American in history to hold the position.

Prior to her appointment, Hayden led the Enoch Pratt Free Library in Baltimore. She is known for keeping the libraries fully open and operational as the city erupted in protests after the death of Freddy Gray. “It was very evident that people needed, not only information, but a safe place and a trusted place to go,” she said at the time.

In 2017, the movie Step introduced several Baltimore teens elevating their school’s step team, led by Gari “Coach G” McIntyre—a team which had previously been defined by a legacy of failure. The film highlighted the team’s fierce desire to achieve and overcome adversities.

In fact, Michelle Obama made a special shout-out to the team, the Lethal Ladies, after Trump’s rage-filled tweets, which many say, was a subtle response to the president’s Baltimore diss.

In 2017, Black Enterprise caught up with millennial entrepreneur Kenny Minor, owner of Xtract Juice Bar in Baltimore, to talk about the benefits of juicing and his career journey into entrepreneurship.

Entrepreneur Wilson Nolley Jr. had a mission: To help beauty industry professionals prosper. He set forth on his mission and founded Salontra Select Suites—a 35,000-square-foot space that houses 135 suites for salon professionals. The business is still thriving 10 years after launch.

Earvin “Magic” Johnson appears ready to score big in Baltimore, potentially bringing his influential business ventures to the Maryland city. Such a move could help revive the city, create jobs, and spur new economic development in the black community.

In 2016, when Derwin Scott was searching for artwork to decorate his new place, the Baltimore native was unsuccessful because nothing caught his eye. He wasn’t interested in the typical paintings one would come across in stores like IKEA or Target. Instead of waiting to find the perfect art pieces, he took matters into his own hands and created what many stores were missing—“something different.” Scott purchased a canvas from a local craft store and created a design of his own. What Scott didn’t know was that this decision to do “something different,” would lead to the launch of a company, DSD Paintings.

Jasmine Norton is the founder and owner of “The Urban Oyster.” Norton was introduced to oysters as a kid and has since loved them, but as an adult, she found it difficult to get her friends to join her at local oyster bars; they were turned off by the slimy appearance of the delicacy.