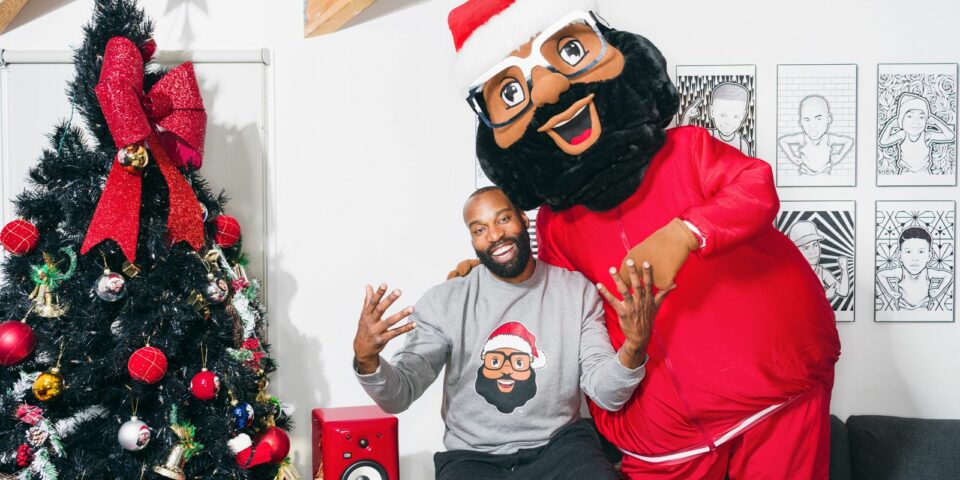 In honor of the holiday season, former NBA star, entrepreneur, and investor Baron Davis is the gift that keeps on giving. He is proud to collaborate with Crypto.com NFT to announce the first “Black Santa: Giving Has No Season” NFT collection, which dropped on Friday, Dec. 17.

Davis created the Black Santa Co. to celebrate diversity in storytelling through high-quality and contemporary content with unity in mind. This character-focused company is driven by vivid imaginations, positivity, and ongoing philanthropic support for various causes and organizations. Black Santa and Cecilia (aka Mrs. Claus) were the first of many colorful characters.

“My vision for Black Santa was to give children a magical world of untold possibilities filled with enchantment, adventure, and positive characters of color while imparting the importance of giving year-round,” said Davis in a press release provided to BLACK ENTERPRISE.

“NFTs offer a modern technology-driven platform for expanded Black Santa experiences for collectors and fans. With Crypto.com NFT, the Black Santa collectibles are not just possible — they truly capture the integrity and soul of the character.”

As reported previously by BLACK ENTERPRISE, Davis was inspired and motivated by the positive reactions he received after dressing up as Santa one Halloween. Who knew that a Santa costume would lead him to bring substance to the culture and the Black community after not having a costume. He realized he could inspire even more people as a content creator and creative. The two-time NBA All-Star turned his passion for connecting with people into an inspiring collective.

According to the Black Santa Manifesto, “There is a need because there is a huge void in this space of African American content and this new cultural shift in the demographics. There is not enough content representing the people from the millennials to the older generation. And really finding those things that connect both,” Davis shared.

A portion of the proceeds will be donated to the  Los Angeles Urban League (https://laul.org/), the Black Economic Alliance (https://blackeconomicalliance.org/), and Money Matters For Youth (https://www.moneymattersforyouth.com/). In addition, 25% of the proceeds will go to charities focusing on financial literacy and the empowerment of underserved communities. The chosen charities will be announced on Martin Luther King Day (Jan. 17, 2022).