Is This BE 100s Executive Michigan's Next Republican Senator? 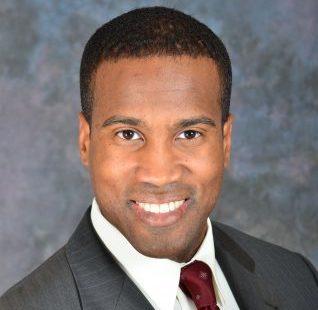 John E. James, president of James Group International Inc., (No. 24 on the 2016 BE 100s Industrial/Services Companies list), is looking at running for a U.S. Senate seat in Michigan.

Sources close to James confirmed he is considering entering the race in 2018 after being encouraged to do so by several Southeast Michigan community and business leaders.

The Qualifications to Be a Senator

They have formed the National Security and Opportunity Fund, a nonprofit group supporting qualified leaders with a message of national security and economic opportunity. Supporters swear that James has the qualifications to be a senator. He is a Detroit businessman, Iraq War veteran and graduate of the U.S. Military Academy at West Point.

The NSO Fund has run advertisements making reference to its support for James, though it cannot specifically back a person given its non-profit status. The fund has run digital and social media ads at the 2017 Detroit Regional Chamber Mackinac Policy Conference and plans to continue supports efforts this year.

“Michigan residents deserve a visionary leader with a fresh point of view in their representation” stated Anthony Fracchia, spokesman for the NSO Fund. “Now is the time to entrust a combat veteran who understands national security and focuses on economic opportunity for all Michiganders,” says Fracchia, who is also president and CEO of Altruis Benefit Consulting, an insurance brokerage group based in suburban Detroit.

James would run as a Republican. U.S. Sen. Debbie Stabenow, a Democrat, is up for re-election next year. Republican Party activists are attempting to recruit a challenger to run against Stabenow—a two-term incumbent—in 2018.

Michigan businesswoman Lena Epstein of Bloomfield Hills formally announced that she is seeking the Republican Senate nomination in May. Retired Michigan Supreme Court Justice Robert Young Jr., an African American, is also being urged to enter the race. Efforts to get a comment from James were unsuccessful.

He joined James Group International in 2012 and became its president in 2014. Before joining the Detroit-based company, James completed eight years of active duty military service as a Ranger-qualified aviation officer where he led two Apache platoons in combat operations during Operation Iraqi Freedom. Since his arrival at James Group, its workforce has climbed notably and revenue grew by $100 million. It estimates 2016 revenues of more than $130 million.