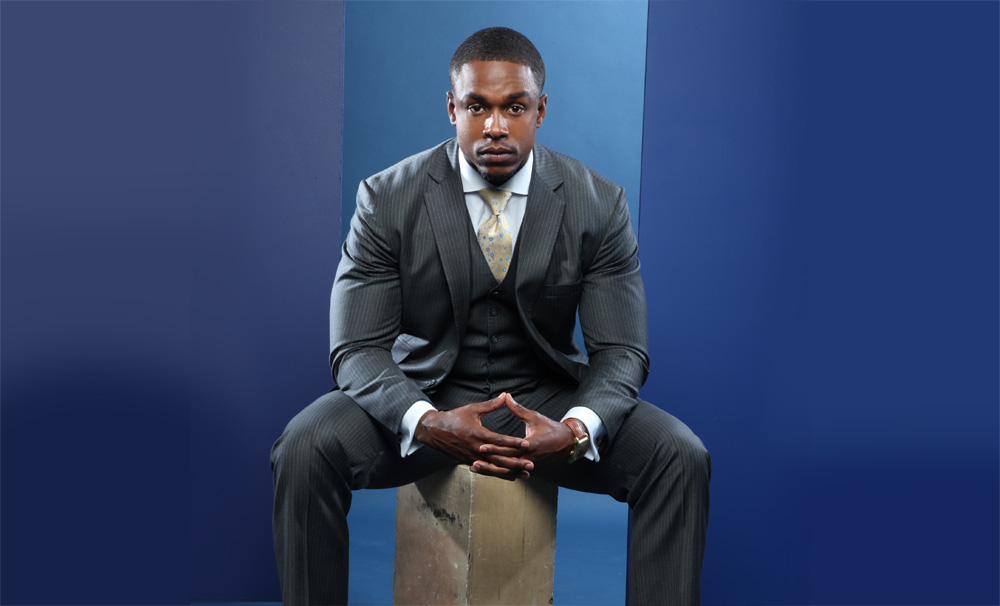 Born in the industrious town of Waterbury, Connecticut, Bilal S. Little has worked his way up from a talented and studious young athlete into a top ranking executive at a private financial investment firm. Now, the 31-year-old University of Southern California Marshall School of Business attendee sits as the senior vice president and regional director in the Advisor Solutions Group at Neuberger Berman. The New York City-founded company was launched in 1939 and today has $250 billion in assets under management.

The “Brass City” investment consultant provides consultations to financial advisers in Southern California and Hawaii at Neuberger Berman, having joined the firm in 2006. The son of a Christian mother and Muslim father, he utilized his duality of faith and focus within self to cultivate a simple path to serve as inspiration upon entering into the demanding world of finance. “It was simple,” he tells BE Modern Man, “following graduation from Hofstra University in 2006; I was awarded an opportunity to learn about the asset management business.”

Neuberger Berman had been owned by Lehman Brothers Holdings Inc. since 2003, operating as the asset management arm of the investment bank, until Lehman filed for bankruptcy in 2008, during an historic time of crisis on Wall Street. On September 15th, the date of Lehman’s bankruptcy, Little retained $300 million in funds under management. He credits his experience as a competitive athlete with helping him to remain focused and determined during this time of turmoil and transition for Neuberger Berman, and the financial sector in general.  “I played football at Hofstra University,” he explains, “and I ran track and field in high school, so having always played sports helped me deal with adversity.”

Holding a bachelor’s of arts in interdisciplinary studies, he had the fortitude to expand his knowledge and skill set with Neuberger Berman as an internal sales associate, running his own region. “Staying updated on unique investment products and maintaining strong client relationships were key challenges that I struggled with initially. It was similar to running my own business,” Little says.

At Neuberger Berman, Little continues to develop and hone his skills, becoming one of the top ranked salespersons—raising approximately $500 million for the company. As a man indebted to the lessons learned from team activities, we asked Little if his own peers were supportive or dismissive of his aspirations. He says, “Donald Somerville, my mentor, as well as a great supporting cast of people, have influenced my life. A strong mentor helped to pull me towards my goals, while supportive peers helped to push me toward them. Because I fully understand this concept, I am mindful of the people who are around me at all times. Additionally, I seek out others that have been through unique experiences that can help me reach my undiscovered potential.” It is that passionate seeking of knowledge that highlights just how normal it is to be extraordinary as a black man.

“There is no elevator to success; you have to take the stairs.”

Read on Page 2 to find out just how important this Zig Ziglar quote is to our BE Modern Man, Mr. Bilal S. Little!