The 18 Best Songs for a Father's Day Playlist 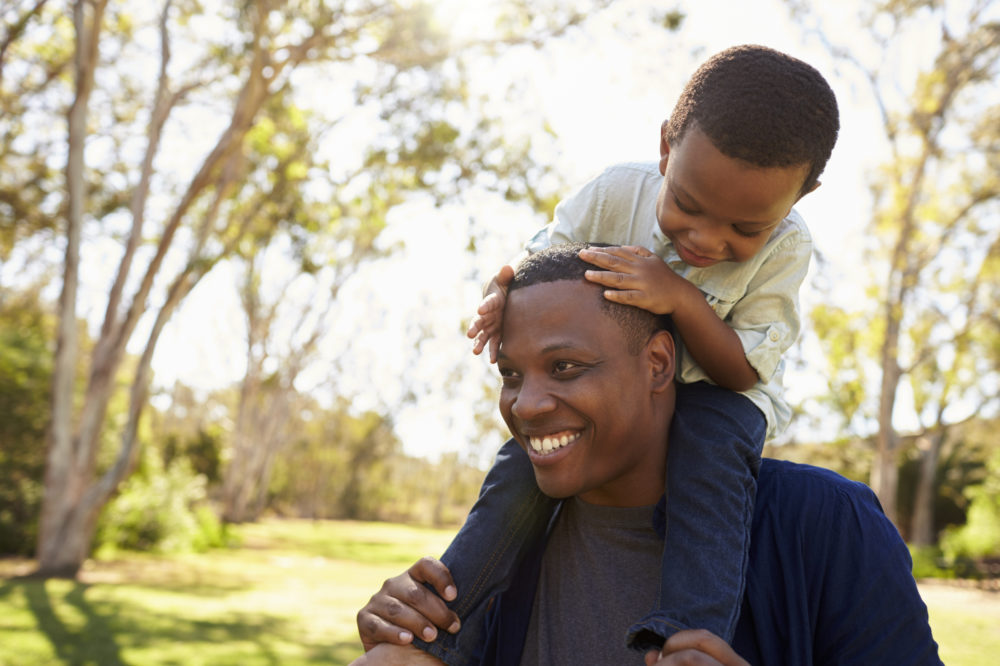 It’s that time for the kids to make a breakfast of burnt toast and runny eggs for dear ole’ dad and serve it to him in bed. After the meal is consumed (or possibly hidden under the bed when the kids aren’t looking), Dad is presented with a homemade card or maybe even the world’s ugliest tie that he will only wear in your wildest dreams. A cool father will pretend to like all of those gifts but what he may enjoy more is a playlist of songs that affirm how important he is in every child’s life.

Here are a few great songs to help launch your own special Daddy’s Day playlist.

1. COLOR HIM FATHER – THE WINSTONS

This million-selling song told the story of a stepfather who became a real father to his wife’s children. It was the only chart hit (No. 2 for five weeks on the R&B singles chart in 1969) for the Washington, D.C. based band that featured Richard Lewis Spencer’s unique lead vocals. He also won a Grammy Award in the category of Best Rhythm & Blues Song for writing it.

2. DANCE WITH MY FATHER – LUTHER VANDROSS

Vandross co-wrote (with pop star Richard Marx) this sentimental song about seeing his father dance with his mother when he was a child. His father died of diabetes when the singer was seven years old. Sadly, Vandross suffered a major stroke weeks after finishing the song and was unable to promote it when it was released to radio in 2003. It still became a Grammy Award-winning No. 1 hit. Vandross died in 2005.

3. PAPA WAS A ROLLING STONE – THE TEMPTATIONS

Dennis Edwards’ fiery roar, Damon Harris’ sweet falsetto, and a relentless bass line define this psychedelic mantra about a father who was largely missing in action but was still something of a hero to his son nonetheless.

To the beat of Bill Withers and Grover Washington Jr.’s classic “Just The Two of Us,” Will Smith raps about his relationship with his first son, Trey.

The young gospel legend shares the once-uneasy relationship with his own absentee-but-now-back-in-his-life father on this 2005 Urban AC meditation.

Queen Bey shows that before Jay-Z, her first King was Daddy, Matthew Knowles. She reverentially sings that he “made a soldier out of me” and “taught me to be strong.” Spotify doesn’t have rights to stream Beyoncé’s solo version, so we’ve added her Dixie Chicks collaboration to the listening. It’s equally powerful as a country song.

7. YOUR DADDY LOVES YOU – GIL SCOTT-HERON

One of the most militant and politically observant musicians of the 1970s, Gil Scott-Heron showed a very tender side on this whimsical homage to one of his daughters. Sadly, the original 1974 version with the eerie piccolo appears to be out of print but Spotify has a live version of it that we include in our playlist.

8. WIND BENEATH MY WINGS – GERALD and EDDIE LEVERT

The O’Jays’ Eddie Levert and his equally famous first born, Gerald, turned in a powerfully riveting performance on this 1995 re-cut of a 1980 Gladys Knight & the Pips original.

9. SONG FOR MY FATHER – LEON THOMAS

The late avant-garde jazz vocalist’s hearty 1969 cover of the Horace Silver Quintet’s 1964 standard is a more mellow affair with a disconcerting yodeling spell. However, it’s still a breathtaking and thought-provoking performance.

The veteran actor and storyteller humorously recalls all the crazy things a kid might ask his father on a trip to the zoo.

In a childhood flashback, the fatherless rapper is on the hunt for any male role model in this sobering, percussive track.

The Quartet Queen, best known for “God Did It” – a No. 1 gospel hit in 2001, remembers her father lovingly in this southern waltz.

The legendary guitarist seeks his father’s approval, guidance, and support on this rocking track.

Nicknamed “Patches” because of his raggedy clothes, this impoverished 13-year old went to work as a teenager to support his Mama and sibling after his father died on this 1970 southern soul lamentation.

15. DADDY COULD SWEAR, I DECLARE – GLADYS KNIGHT & THE PIPS

“Daddy couldn’t read, Daddy couldn’t write but one thing Daddy sure could do right was swear, I declare,” the soulful foursome proclaim on this funky ditty.

16. THIS CHILD NEEDS HIS FATHER – GLADYS KNIGHT & THE PIPS

Long before the idea of absentee dads had become a pandemic, prophetess Gladys had her fingers on the pulse and sang about it on this 1973 gem.

BeBe & CeCe Winans’ little sisters call on the Holy Father on this sweeping R&B track but this message can apply to any doting dad.

On a classic Philly Soul groove, the jazzy singer admonishes the brown babies of the world “to make your father proud” on this 1973 cut from the same album that produced his masterpiece, “Me and Mrs. Jones.”