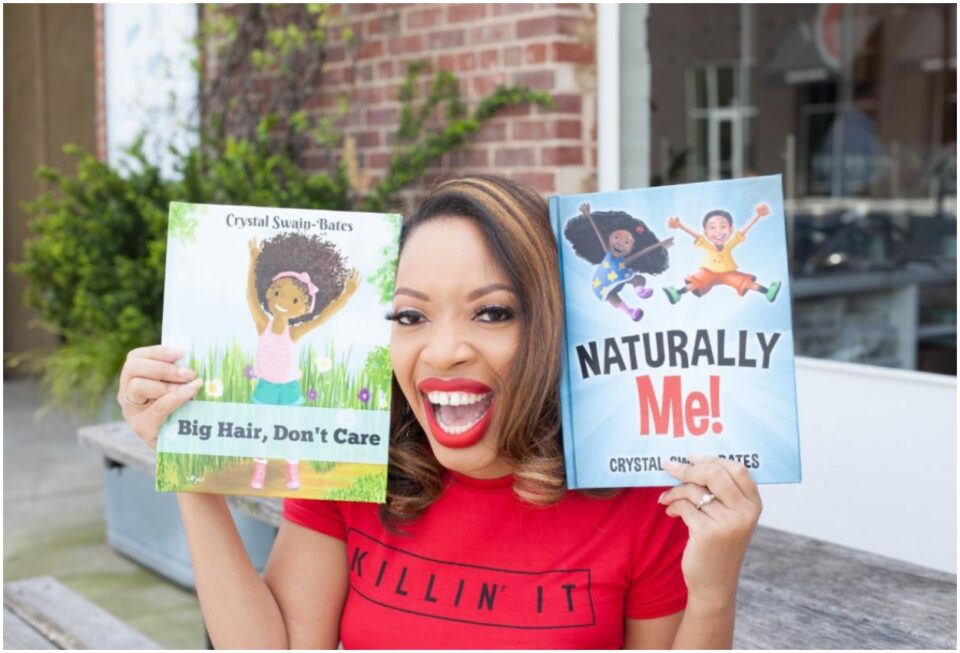 The six-part documentary series follows Atlanta-based entrepreneurs as they receive business advice from Shaq and his highly successful celebrity friends. Viewers will get a front-row seat to Crystal’s story and Shaq’s support of her current pursuits in her upcoming episode of “The Game Plan,” which will air this Thursday, Feb. 24 at 7p.m. ET on TNT.

“Being part of ‘The Game Plan’ was such an exciting, once-in-a-lifetime experience to address one of my biggest business challenges: visibility,” shares Crystal.

“Having a business mogul like Shaq take the time to listen to my story, learn all about my business and share his advice was an absolute dream for me!”

In just a few short years, Crystal has written and published 12 children’s books through her company, Goldest Karat Publishing. Her mission to encourage diversity and erase the invisibility of Black children in children’s literature has been game-changing in the publishing industry. Her book “Big Hair, Don’t Care” is one of Amazon’s most highly reviewed Black children’s books on the market. It, along with other titles, has been seen on platforms including Forbes, ESSENCE, CNN and Huffington Post, has been used as props for hit television shows such as BET’s Being Mary Jane and The Game and has been featured in numerous Amazon commercials.

Known for his larger-than-life personality, philanthropic endeavors and legendary basketball career, Shaquille O’Neal will use his business acumen to guide and mentor small business owners through “The Game Plan.”

While fans have seen Shaq in various types of roles, this new docu-series will provide viewers a unique look at him being entrenched in the Atlanta community, pushing entrepreneurs to believe in their instincts as they take their brands to the next level and build confidence — through the ups and downs — to make their mark in the world.

Crystal’s episode debuts in week two of the series and will show how she empowers Black youth by filling diversity gaps in children’s literature.