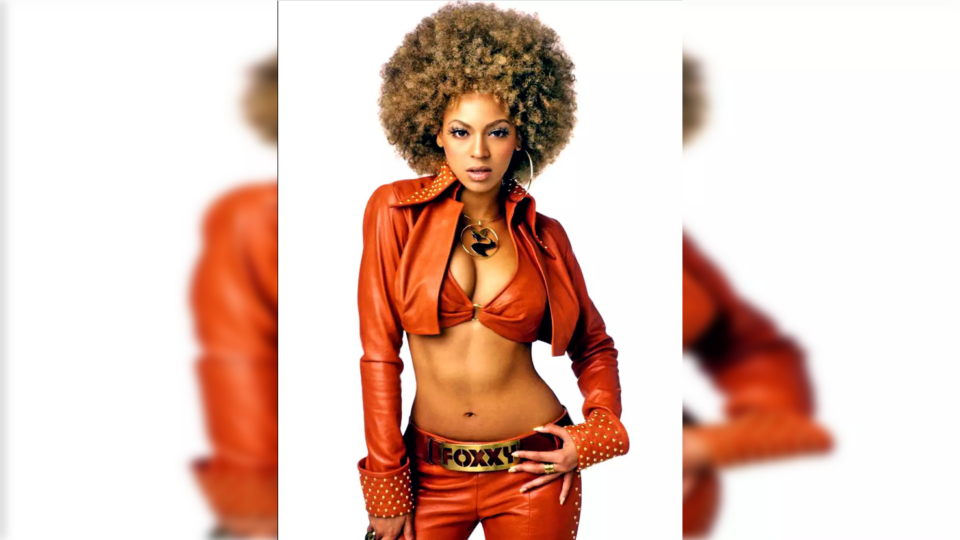 Beyoncé’s Foxy Cleopatra character was “a whole lotta woman” that the songstress didn’t want to look “too skinny” on the Austin Powers in Goldmember movie poster.

In a nod to the film’s 20th anniversary, Vulture revisited the film in a piece that revealed some new behind-the-scenes information about the comedy flick. Beyoncé’s casting in the film helped mark her transition from the lead vocalist in Destiny’s Child to the solo superstar we know her to be today.

The year was 2002 and Beyoncé’ was nearing the launch of her solo career. Her debut album Dangerously In Love would release the following year. So her appearance in Goldmember would pretty much set the stage for the then-21-year-old’s budding superstardom.

Beyoncé was working on the film and confided in the film’s makeup artist Kate Biscoe that she thought her character looked “too skinny” on the movie poster.

“She says, ‘You made me too skinny. It’s not me,’” Biscoe recalled.

“Then she did this hourglass shape. And he said, ‘Okay, we’ll fix that.’ She walked away to go do the scene, and I looked at him and smiled, like, ‘Is that the first time that you’ve ever had an actress ask to make her body bigger?’ He was like, ‘Yes. It’s going to cost me thousands of dollars, but I am going to do it.”

The film would go on to become the seventh-highest-grossing movie of 2002. It was Beyoncé’s second time starring in a film after 2001’s Carmen: A Hip Hopera.

The new reveal shows how serious Beyoncé was and remains about her public image. At such a young age, the songstress knew how she wanted to be portrayed and branded.

“Too skinny” wasn’t on Queen Bey’s game plan. The year after Goldmember‘s release, Beyoncé released her debut album and the rest is history.