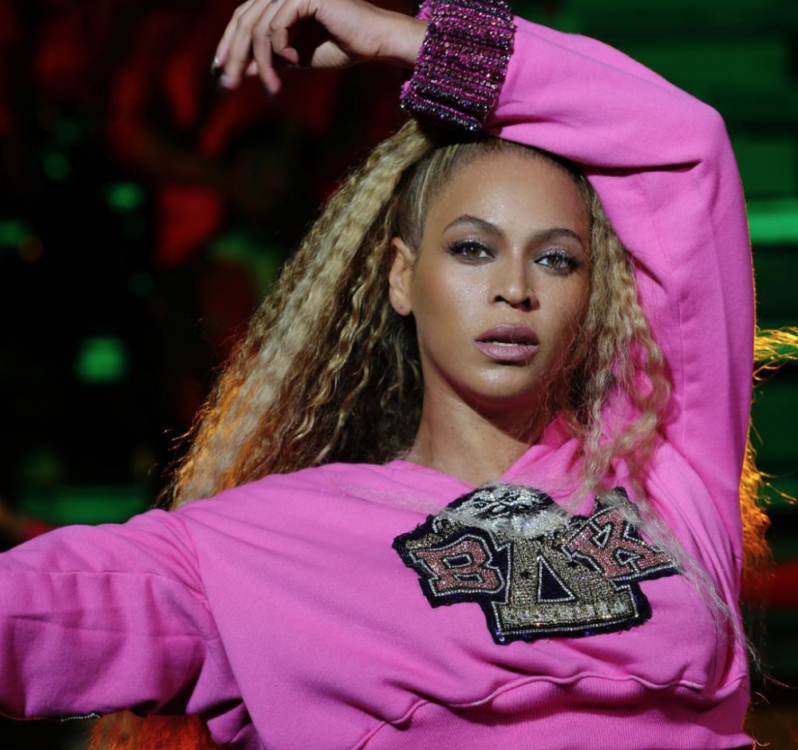 Beyoncé Knowles-Carter broke the internet once again with the release of her new Netflix film Homecoming last week. The documentary, which was written, directed, and executive produced by Queen Bey herself, captures behind-the-scenes footage of her iconic Coachella performance in 2018. As with everything Beyoncé creates, there was much to take in. While Mrs. Carter schools viewers about the importance and splendor of black culture, there is something else that also shines too bright to ignore—her ability to absolutely crush whatever she sets out to do. It appears that everything she touches turns into gold. Scratch that, it turns into platinum bedazzled with diamonds.

Here are five key takeaways from Homecoming that could be applied to our daily lives to help us all slay our individual goals.

1. Sacrifice Is a Must

Beyoncé’s work ethic is unmatched. In Homecoming, she teaches us that in order to make big moves, sacrifices must be made. She worked tirelessly for months leading up to her Coachella performances, showing us that she temporarily sacrificed many things along the way, including the one thing that mattered most to her: family time.

“In the beginning, it was so many muscle spasms and just internally my body was not connected. My mind was not there. My mind wanted to be with my children. What people don’t see is the sacrifice. I was dancing [and would] go off to the trailer and breastfeed the babies. And the days I could I would bring the children.”

The sacrifice of our time, energy, and money all come into play when on a mission to chase and achieve our big goals.

2. It Will Get Uncomfortable

Having recently given birth to her twins, Beyoncé’s body was not the same. She had to train hard to get herself fit enough to perform at the level she was used to.  She shared:

“It’s my first time back home on the stage after giving birth. I’m creating my own homecoming—and it’s hard. There were days that I thought, you know, I’d never be the same. I’d never be the same physically. My strength and endurance would never be the same…and that’s hard when you don’t feel like yourself.”  Beyoncé had to rebuild her body, which, along with intensive training and endless dance rehearsals, also included eliminating many foods from her diet.

“In order for me to meet my goal, I’m limiting myself to no bread, no carbs, no sugar, no dairy, no meat, no fish, no alcohol…”

In Homecoming, Beyoncé’s priorities were clear—yes, she wanted to bring Coachella a performance like no other while highlighting her culture and leaving a mark for many years to come. She also, however, made it clear that she wanted to do all of that with her husband and children by her side as often as possible.

It’s important that on our journey to achieve big things we remember what truly matters in our world. The “why” behind all that we do. It’s also equally important to remember the lessons learned along the way, to make our next go-round a little smoother.

Beyoncé reflected, “I definitely pushed myself further than I knew I could and I learned a very valuable lesson. I will never push myself that hard again.”

Beyoncé’s meticulous eye for detail is one of the important things that separate her from the pack.

“I respect things that take work. I respect things. I build from the ground up. I’m super specific about every detail. I personally selected each dancer. Every light. The material on the steps. The height of the pyramid. The shape of the pyramid. Every patch was hand sewn. Every tiny detail had an intention.”

Beyoncé shows us that being able to clearly see the micro and macro views of our goals positions us to slay.

5. Always Give Your All