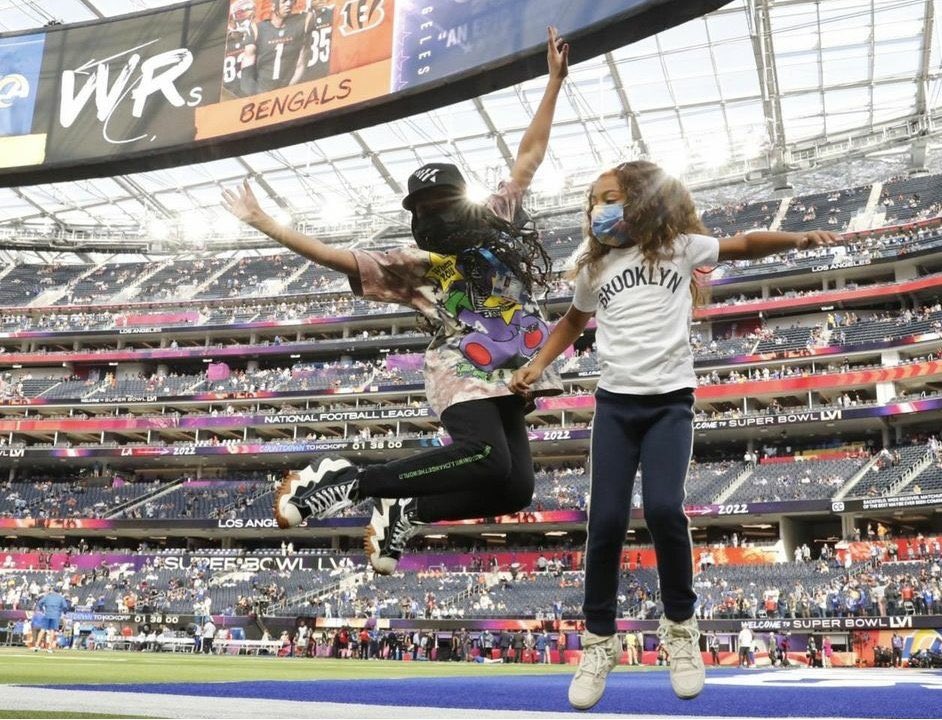 The Carters put their love on top for Super Bowl Sunday. Instead of Beyonce and Jay-Z enjoying the big game as a couple’s date night, the superstar entertainers brought along their 10-year-old daughter.

Jay-Z was spotted taking photos of Blue Ivy and a friend on the field ahead of last night’s between the Los Angeles Rams and Cincinnati Bengals.

Jay-Z hinted at his support for the Rams by wearing a Los Angeles Dodgers baseball cap and a Dream Big T-shirt. Beyonce was comfortably seated enjoying the show; she memorably headlined the halftime performance in 2016.

For those wondering what Bey decided to wear to the Super Bowl, she later took to Instagram to post a few photos showing off the day’s slay.

Jay-Z has yet to perform for a halftime show and has declined the offer in the past. Instead, the NFL tapped Hova’s Roc Nation to oversee the league’s most important music events, including the halftime show, The New York Times reported.

Other big names in attendance at the Super Bowl included Rihanna, Kanye West, Justin and Hailey Bieber, who shared a couple’s section with Kendall Jenner and Devin Booker, as noted by Page Six. Prince Harry and his cousin Princess Eugenie enjoyed the gamer while Jennifer Lopez and Ben Affleck turned up in a box.

The Black excellence was on full display at the Super Bowl LVI, so of course, the Carters had to step outside.