15 Black Actresses Who Made History 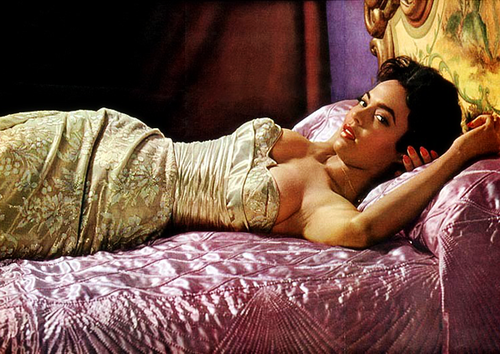 Black History Month is a time to reflect on all of the world leaders, activists and icons whose varying works left historic marks on society. With Oscar season upon us, it only makes sense to celebrate Tinseltown’s most famed black actresses who’ve contributed to the month-long observance. Flip through the next pages to see some of our favorite black actresses who made history.

June 10, 1895 – October 26, 1952
Hattie McDaniel was the first African American woman to receive an Oscar for Best Supporting Actress in her 1940 role as Mammy in Gone with the Wind.

October 31, 1896 – September 1, 1977
In 1962, Ethel Waters became the first black actress to be nominated for an Emmy. She was recognized for her guest appearance on the “Goodnight Sweet Blues” episode of Route 66.

June 3, 1906 – April 12, 1975
Josephine Baker was the first black woman to star in a major motion picture, Zouzou, in 1934. She refused to perform for segregated audiences in America and is equally known for her work in the Civil Rights Movement.

November 9, 1922-September 8, 1965
Dorothy Dandridge was the first black actress nominated for an Academy Award for Best Actress for her starring role in the 1954 film Carmen Jones. Dandridge was also the first black woman on the cover of Life magazine and is still one of the world’s most celebrated beauties.

December 19, 1933 –
Cicely Tyson is the first African American actress to receive an Emmy Award for Outstanding Lead Actress in a Television Movie for her performance in The Autobiography of Miss Jane Pittman (1974). Tyson is also the oldest actress to win a Tony Award for Best Performance by an Actress (2013) for her role in the play The Trip to Bountiful.

July 17, 1935 –
Diahann Carroll is the first black actress to star in her own TV series, Julia, in 1968. This was one of the first non-domestic roles for black actresses, leading to her 1968 Golden Globe win and a 1969 Emmy nomination.

December 26, 1947 –
Trina Parks is a singer, dancer and actress. She starred in 1971’s Diamonds are Forever as Thumper, the first ever black James Bond girl. Parks also helped to choreograph the Tony Award-winning Broadway musical, The Wiz.

June 19, 1948 –
Phylicia Rashad, popular from her role as Clair Huxtable on The Cosby Show, was the first black actress to win the Tony Award for Best Performance by a Leading Actress in a Play. The award was for the 2004 remake of A Raisin in the Sun.

August 14, 1966 –
Halle Berry gave an emotional acceptance speech after becoming the first African American actress to win the Oscar for Best Actress, 2002, for her performance in Monster’s Ball. She thanked Dorothy Dandridge, Lena Horne, Jada Pinkett Smith and a slew of other black actresses. The Oscar winner said the award was “for every nameless, faceless woman of color that now has a chance because this door tonight has been opened.”

September 6, 1972 –
Anika Noni Rose is a film and Broadway actress who lent her voice as Princess Tiana, Disney’s first African American animated princess, in The Princess and the Frog (2009).

February 11, 1979 –
Brandy is an R&B icon who rose to stardom in the 90s. Her mentor, Whitney Houston, selected her to play Cinderella in the Rodgers and Hammerstein’s television version of the classic (1997), and she has since been credited as the first black actress to play Cinderella.

March 1, 1983 –
Lupita Nyong’o rose to international stardom as a fashion and beauty icon and actress after her first feature film role as Patsey in 12 Years a Slave. She won the Academy Award for Best Supporting Actress, becoming the first Kenyan to do so.

August 26, 1993 –
Keke Palmer got her start as a child actress, and made history as the youngest TV talk show host ever on BET’s Just Keke. The young star also made history as the first black Cinderella on Broadway. “I feel like the reason I’m able to do this is definitely because Brandy did it on TV,” Palmer said to the Associated Press.

August 28, 2003 –
Quevenzhe Wallis got her big break at five years old when she landed the role as Hushpuppy in Beasts of the Southern Wild. The child star made history as the youngest actress ever to receive a nomination for the Academy Award for Best Actress. She also made history as the first black actress to take the lead in Annie in the 2014 remake.

Editor’s Note: This story was originally published on  June 7, 2019