Study Shows Black Barbershops Can Save Lives of Black Men 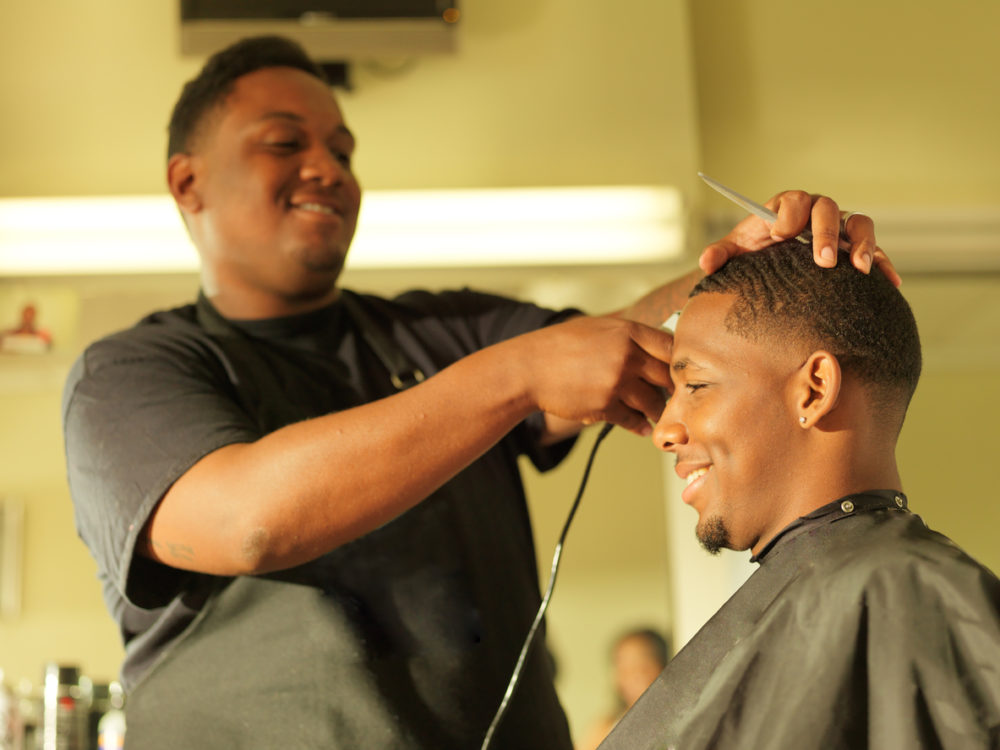 Barbershops have been the heartbeat of African American communities since black men were legally permitted to own businesses. In addition to providing shape-ups and fades, black barbershops are judgment-free safe havens where boys and men openly engage in conversation, debates, and share personal stories. Hence, this makes the barbershop possibly the best environment to curb health epidemics that disproportionately affect black men.

According to the American Heart Association, more than 40% of African American men suffer from high blood pressure, which can lead to kidney damage and heart failure. Black men and women also run the risk of developing high blood pressure more often, and at an earlier age, than other races. As a result, they are more susceptible to heart disease and stroke.

“Black men have the highest rates of high blood-pressure-related disability and death of any group in the United States,” said Dr. Ronald Victor of the Cedars-Sinai Medical Center in Los Angeles to NBC News.

Yet, despite the stark reality, black men are less likely to see a doctor due to a deep-seated mistrust of the medical community, lack of healthcare access, and strenuous work schedules. The barbershop, on the other hand, is a place where many frequent several times a month. Here, they often develop trustful relationships with their barbers and feel comfortable opening up about critical issues, like their health.

Getting Treated at ‘The Shop’

Rather than pushing black men to take more trips to a health clinic or physician’s office, Dr. Victor set up an experiment to bring treatment directly to them. For a little over two years, he and his team monitored the blood pressures of 319 men, ages 35 to 71, inside of 52 black-owned barbershops in Los Angeles.

Study participants were divided into separate focus groups. One group received intervention from both their barber and a trained pharmacist stationed at a shop. The second group received advice on healthy living and encouragement from their barber to see a doctor on their own.

“On average, men who interacted only with their barber and were referred to their own doctor saw their systolic blood pressure drop from 155 mmHg at the start of the study to 145mm Hg after six months,” reads the report, which was released Monday in the New England Journal of Medicine.

“By contrast, men who interacted with their barber and a pharmacist saw their systolic blood pressure drop from 153 mmHg at the start of the study to 126mm Hg after six months.”

Dr. Victor, the study’s lead author, concluded that having pharmacists deliver care in barbershops was effective in controlling blood pressure levels and saving the lives of black men. “The men came in and got their hair cut and they got their blood pressure cut at the same time,” he told NBC News. “We brought the medicine to them, rather than the usual of having patients come to us.”