Council Raises $5.8 Billion on the Way to $1 Trillion in Pledges for Minority Business Enterprises 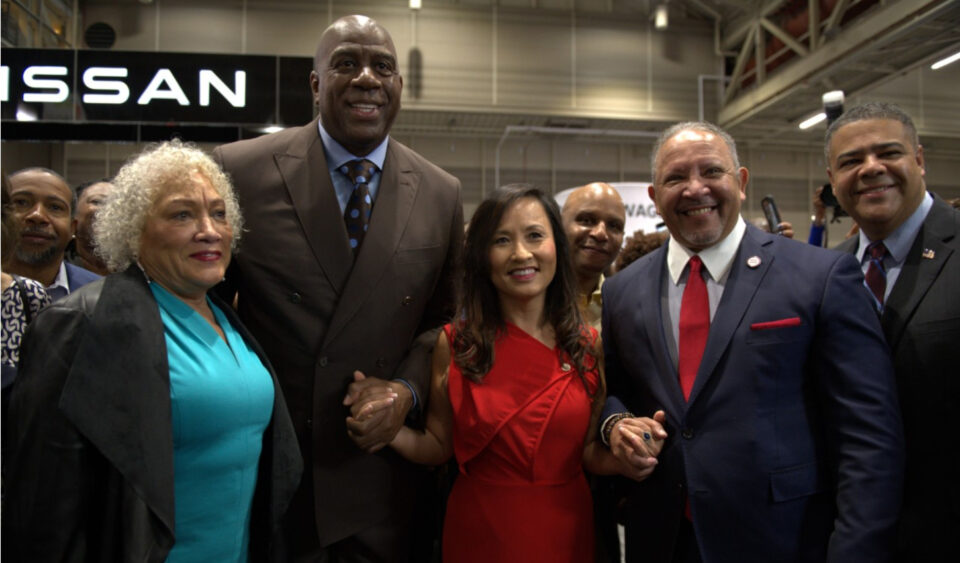 The NMSDC told BLACK ENTERPRISE that it raised $5.8 billion in corporate pledges from the likes of Google, JPMorgan Chase, and Disney, among others, as an aspiration to attain $1 trillion in annual revenue for certified MBE (minority business enterprise) members.

Among the country’s largest advocates of Black businesses, the two groups agreed to help MBEs enlarge generational wealth for communities of color across America. For instance, the NMSDC and MBDA plan to work together and leverage one another’s capabilities, programs, and services to create innovative ways to make MBEs more competitive globally and boost their chances of gaining federal contracts.

They plan to examine new strategies to help minority entrepreneurs partake more in various supply chains and benefit from public-private partnerships held by both groups. The MBDA, an agency of the U.S. Department of Commerce, is the only federal agency solely dedicated to the growth and global competitiveness of U.S. MBEs. Specifics on what each organization is doing can be found here.

The trailblazing alliance was the largest news that surfaced at the NMSDC’s 50th Anniversary Conference and Exchange this year in New Orleans.

The NMSDC also is teaming up with the National Urban League (NUL), and the Public Private Strategies Institute (PPSI) to roll out the first phase of “Build Up Local.” They call it “a one-stop shop for business owners in systematically excluded communities of color to learn about resources and programs” offered via the Infrastructure Investment and Jobs Act.

With a theme of “Disrupt Our Own Status Quo,” about 4,000 MBEs, corporate, and other NMSDC partners attended the event to heighten its mission of economic equity for communities of color.

NMSDC’s $1 trillion target is roughly quadruple the $261 billion in annual revenue from over 15,000 MBEs linked to over 1,500 corporations now collecting such revenue. Corporate NMSDC members and others help fuel the revenue by buying goods and services from the MBEs. Some 40% of NMSDC-certified MBEs are Black-owned and operated.

NMSDC President and CEO Ying McGuire said she is “pleased and applauds companies that stepped up to commit the $5.8 billion, adding their efforts will perhaps inspire other pledges.”

BLACK ENTERPRISE connected with McGuire to get an update on NMSDC and its efforts.

Why is it imperative that NMSDC reaches this goal?

One reason is the racial wealth gap has increased by about 70% since the pandemic began. We need to end the racial wealth gap. Not only do we need to do this to create a more inclusive and equitable economy, but we also need to ensure the U.S. economy remains strong and resilient as these communities of color become the majority.

How is NMSDC leveraging its corporate member contacts to gain more contracts for MBEs?

We have formed an advisory council of 25 chief procurement officers (CPOs) from our corporate membership to look at common gaps we can fill, allowing us to help provide more goods and services to our MBEs. We also offer virtual matchmaking between our MBES and corporate members to build new relationships between both sides. That will help corporations boost their spend with communities of color and helps MBEs land new business and contracts with those firms.

The in-person connections made between our MBEs and our corporate members during the conference on the Exchange floor were instrumental in changing the paradigm and getting further commitments and actions toward the goal of $1 trillion.

What date or year does NMSDC hope to reach the goal and why?

A specific date has not been set. The $1 trillion is an aspirational goal for NMSDC to rally around. I can give you a scenario to get there, but it’s not a commitment. The scenario means MBEs will need to grow about 15% annually for roughly the next eight years. The $1 trillion is just the first milestone, but it’s not enough as it only represents 4.3% of the GDP. We need to ensure most of America’s Black and Brown people can participate in the economy now and in the future. We have achieved a great deal in the last 50 years, but much more needs to be done. “What took us here will not get us there.”

What new strategic actions is NMSDC implementing now to help reach its goal?

We are doing several things. We have made an explicit challenge to our corporate members to make concrete, multi-year commitments to increasing their diverse spend. We are challenging our larger MBEs to spend more with MBEs, and we are thrilled that some have already stepped up to the challenge. Some of the companies that have made commitments are listed here.

What new efforts did NMSDC plan or initiate at the conference to help with its march to $1 trillion?

This year’s conference was about developing big ideas for how we accomplish this goal. Some of the key takeaways were from increased partnerships at the federal, state, and local government levels to boost business opportunities for our MBEs. Our new steering committee, including co-chairs Earvin “Magic” Johnson and Dave Steward, met for the first time to begin charting the next 50 years of NMSDC’s work to accelerate MBE growth. We also kicked off an annual giving campaign aimed at giving NMSDC the institutional capacity to better support MBE growth and access to increased capital opportunities.