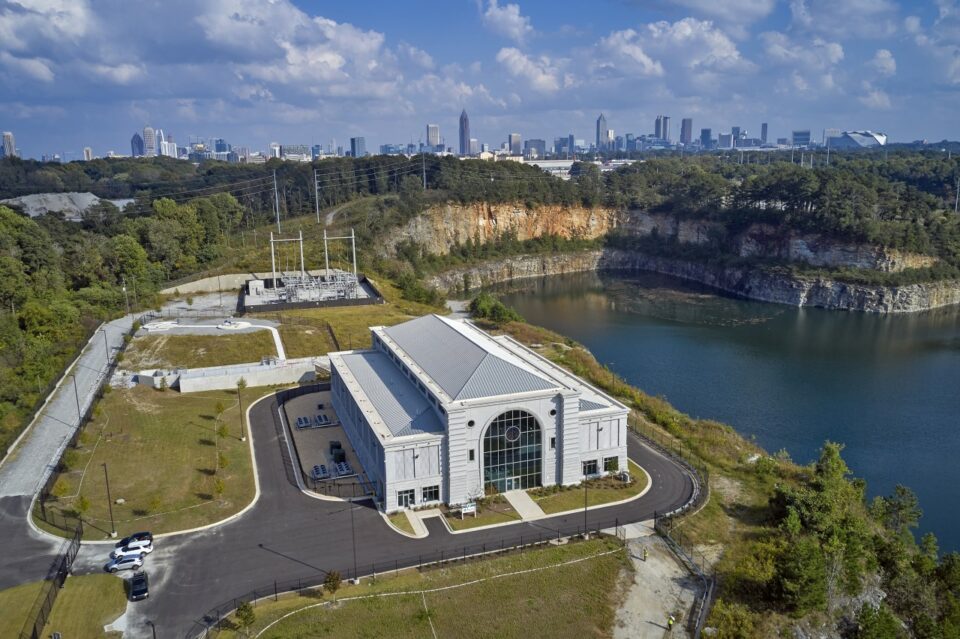 After helping finish the reportedly largest water supply project ever in Georgia, H.J. Russell & Co. significantly boosted its revenues and potentially positioned itself to line up such future deals.

On Tuesday, CEO Michael Russell was among executives discussing the joint venture partnership between PC Construction and Russell and its work on the City of Atlanta Water Supply Program. The expansion of the city’s raw water storage capacity will provide Atlanta with a reliable supply of drinking water for the next 100 years and boost its raw water reserve from three days to over 30 days.

Russell says his firm had a 25% stake in the $321.3 million, five-year project from a revenue and profitability viewpoint. In the new revenue stream, the company harvested over $80.3 million during the lifetime of the project, based on a BLACK ENTERPRISE analysis.

The new water system in Atlanta comes as some U.S cities with large Black populations in recent years have had issues with drinking water, including lead contamination. Take Flint, Michigan, for instance. In 2020, Michigan officials announced a $600 million settlement tied to a water dilemma in Flint after residents filed lawsuits.

H. J. Russell is one of America’s largest Black-owned construction companies. It last ranked No. 25 on the BLACK ENTERPRISE BE 100s list, an annual ranking of the nation’s top Black-owned businesses. The Atlanta-based company’s main business lines are construction, program management, and real estate development.

“We pride ourselves on taking on and excelling at complex projects; however, this was one of the most complex for us, and we couldn’t have had better partners in PC Construction and the City of Atlanta,” Russell stated in a news release.

The work, which included converting a 400-foot-deep rock quarry to a 2.4-billion-gallon water storage facility,  was completed in December 2020. Reginald Wells, an assistant commissioner for the City of Atlanta Department of Watershed Management,  reflected on the significance

He stated before project completion, “the city could have lost upwards of $250 million per day in economic activity if its water supply was ever compromised—a risky position that was completely mitigated when the project came online.”

The venture could be a business-producing magnet for Russell. “This is one of our highlight projects as we move forward,” Michael Russell says.

From a growth perspective, Russell said that the water supply project will give his firm the capability to help generate new revenues. He added it will increase the firm’s credibility to perform other such projects around  Atlanta and other markets nationwide. He said doing such a major water project could help bring future business and contribute revenue to his firm’s construction and program management businesses.

Russell added in the short term, his firm’s position for handling work as significant as the Atlanta water supply project would be to do them in a joint venture with another firm from a risk standpoint. But he added that Russell’s goal over time would be to handle such projects solely for cities.

Per the news release, the project has received seven global, national, and regional awards, along with three sustainability certifications