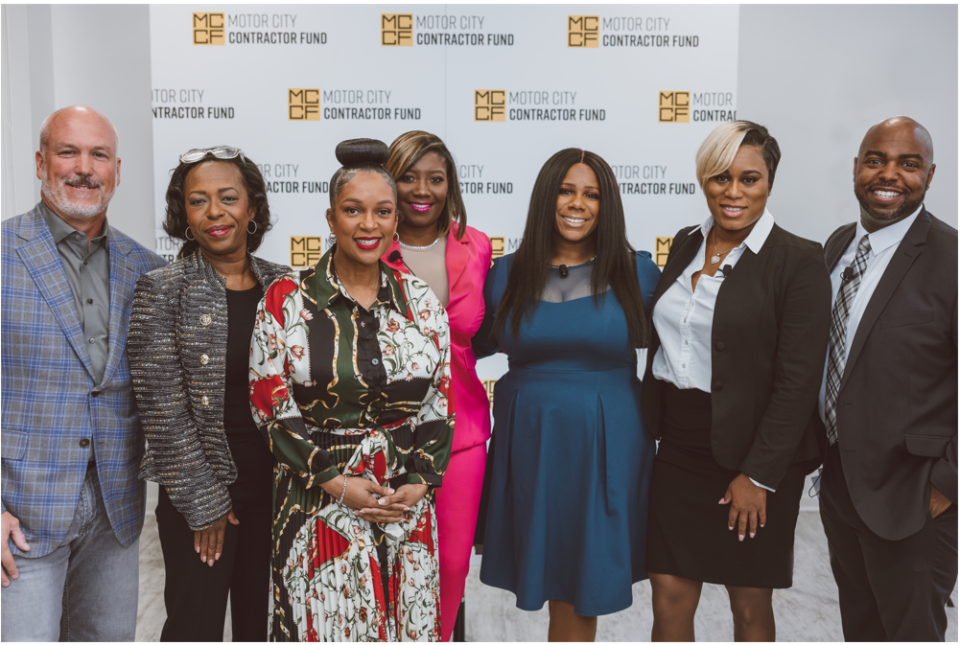 Construction in Detroit has reached its highest level in decades in recent years. The trend is projected to continue as work on major projects like hotels, housing, and a colossal skyscraper have either begun or are expected to start in upcoming years.

However, Black contractors in the Motor City are reportedly missing out on the boom. Insufficient financing is the largest reason why. Another snag is no digital presence or resources to gain existing contracts and the inability to competitively advertise, bid, and finish projects successfully.

The Motor City Contractor Fund (MCCF) aims to help contractors obtain new projects ranging from small residential developments to massive commercial undertakings. Access to financing, partnerships, technology, and business advisory services will be among the offerings to contractors. The initial pilot cohort is based on referrals from each MCCF co-hosts and supporters. Organizers report future cohorts will be open to the public.

There will be two cohorts for the pilot this year to help boost the number of contractors in Detroit, especially Black contractors, with 10 participants each. The free cohort sessions are expected to last three to six months, and each participant will also get a $5,000 grant.

The ante is high for Detroit’s Black contractors with the spending power construction activity brings. For instance, insiders report Detroit experienced roughly over $5 billion annually in commercial real estate development alone since 2018 before slowing down in 2020 and 2021, largely due to COVID-19. Real estate development is projected to regain its pre-pandemic pace this year.

between the Rocket Community Fund and the Gilbert Family Foundation.

Laura Grannemann, vice president of the Rocket Community Fund, which is investing the first $1 million into the program’s administration and operations, talked about the fund’s significance as development keeps rising rapidly across the city.

“Detroit-based contractors have historically been overlooked, but the Motor City Contractor Fund will increase access to financing for local contractors, empowering them to grow their business and create more jobs for Detroiters.”

The in-depth pilot program will offer lending to Black contractors, so they won’t have to worry about depending on traditional lenders where they are often denied financing or face institutional racism. Research shows they often face higher interest rates on loans, deterring their growth and success ability.

CRF will carry $8 million on its balance sheet to ensure the first cohort’s participants have access to critical financing in the program’s first phase.

The program calls for Black contractors to get intense training, including understanding OSHA requirements and performing social media marketing. Organizers say small contractors in Detroit, mainly those run by entrepreneurs of color, have been unable to compete with larger and non-minority rivals due to financing and cash flow. Minority-owned firms purportedly invest less than $30,000 on average after the first year of operation, versus $45,000 for non-minority businesses.

Organizers say another potential game-changer for Black Detroit contractors is they may gain a chance to do work for Barton Malow, one of the largest commercial construction firms based in Metro Detroit. The firm is now the construction manager of Hudson’s Site, an estimated $900 million skyscraper project in downtown Detroit.

Detroit Mayor Mike Duggan reflected among his statements on why smaller companies should be among those taking part in the city’s rebuilding.

“Detroit is seeing its largest construction boom in more than a half-century, and that means there should be greater opportunity for our city’s smaller and minority-owned construction contractors.”

“Unfortunately, for reasons that go back generations, they have multiple barriers to that work.”

For more details about the program, visit here and the MCCF here