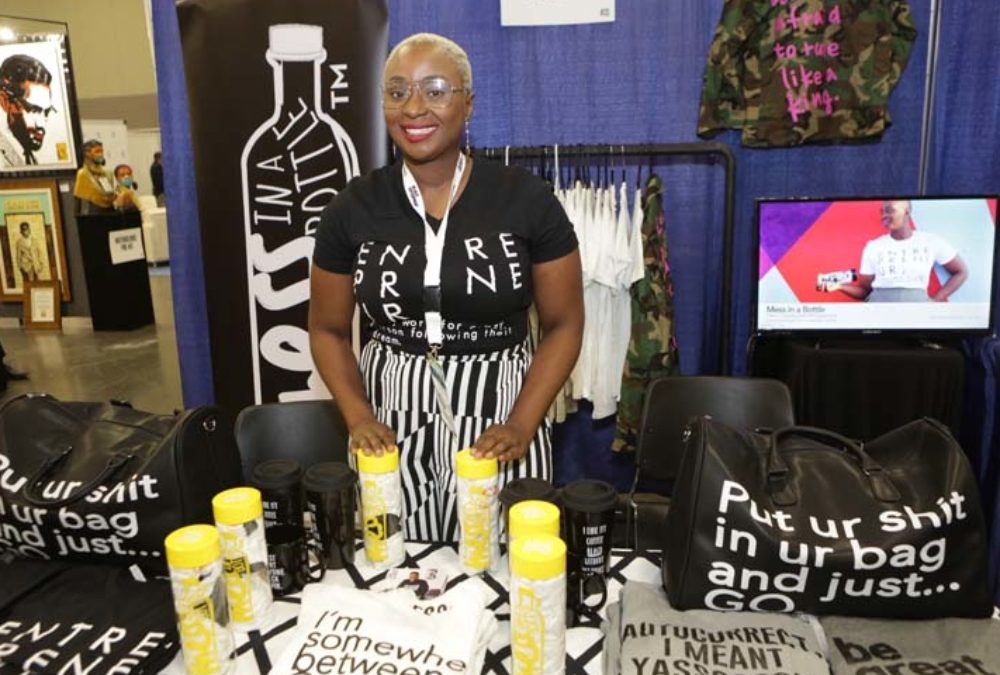 Mess in a Bottle founder, Kalilah Wright, at her exhibit at last year's conference.

The FWD conference takes place at the Charlotte Convention Center and is hosted by Nationwide. And more than the name of this premier event has changed—it’s going to be bigger and better than ever.

Over 1,000 Black Entrepreneurs and Business Leaders

Over 1,000 innovators, creators, and founders will be gathering and collaborating to move their businesses forward. There is a three-track programming agenda; Launch, Grow, and Innovate along with SistersInc., immersive workshops and sessions targeted at black women entrepreneurs and professionals.

The BizHub will feature exhibits of products and services all from black-owned businesses. Attendees can explore the BizHub at their leisure.

Speakers include several heavy hitters: Wendy Williams, media personality and entrepreneur; John Henry, partner at Harlem Capital Partners; Isiah Thomas, chairman and CEO of Isiah International; and Ryan Leslie, Grammy-nominated music artist and entrepreneur. All will share how they’ve been able to dominate in their industries while building their brands and businesses. 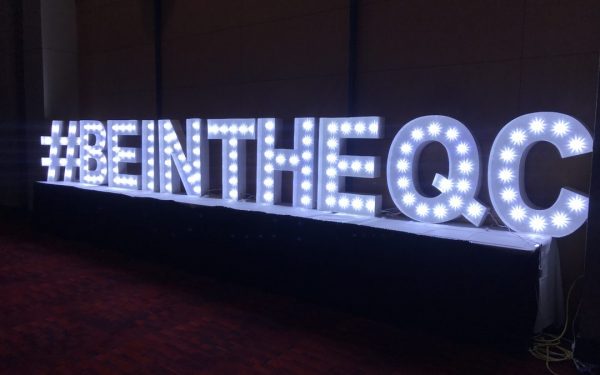 An incredible line up of 56 speakers will impart their knowledge over the course of the next three days.

There will be three days of engaging content planned for attendees along with endless networking opportunities. Noshes are available on Black Food-Truck Thursday in partnership with Black Business of Charlotte.

If you want to move your business and career forward, FWD is where you need to be, June 19–22. There’s still time to register. Click here to get your ticket and check out the complete agenda here.

After planning FWD for a year, we are proud to say that day one of the event was a huge success. This morning Earl “Butch” Graves Jr., President & CEO of BLACK ENTERPRISE welcomed over 1,000 doers to Charlotte to do business in the city bustling with opportunities for entrepreneurs and business owners.

John Henry, Partner at Harlem Capital Partners and Sequoia Blodgett, Tech Editor at BLACK ENTERPRISE took center stage to discuss the art of hustling. The thought-provoking entrepreneur and investor spoke candidly about the importance of being an entrepreneur who makes the most out of any situation.

“Are you specifically the right person to be doing this business at this time?...There are too many people trend chasing.” @JohnHenryStyle #BEintheQC pic.twitter.com/oil9dbvOub

And the moment everyone was waiting for exceeded expectations when Wendy Williams, Media Personality and Entrepreneur took the stage with Caroline Clarke, Chief Brand Officer of Women of Power at BLACK ENTERPRISE.

In the afternoon hundreds of attendees received one-on-one business coaching. And the afternoon sessions kicked off with focuses on how to grow a global e-commerce business on your smartphone and with Charis Jones, CEO of Sassy Jones Boutique and Ericka Perry, CEO of The Stork Bag—and how to achieve scale with Mahisha Dellinger, CEO of CURLS LLC; Damian Mills, President & CEO of Mills Automotive Group; and Jeannine Lewis, Sr. Director of Brand & Media at Office Depot.

In the BizHub, exhibitors conducted business throughout the day and conference goes attended enriching workshops on how to build a digital community; the art of collaboration; a social media masterclass on how to win friends and followers; and learn how to sustain growth in the retail industry at the Macy’s Workshop.

The launching, growing, and innovation continued

The afternoon continued with our CEO for an exclusive “Ask Butch” session where attendees literally got to ask the President & CEO of BE anything about business.

And the timely and relevant content continued with sessions on how to run a business as a solopreneur presented by Cricket Wireless; how to create the perfect pitch and secure the bag presented by Nationwide.

Attendees on the Launch track creators learned how to take their idea from a napkin and turn it into a business plan; received tips on how to monetize their side hustle; and learned what it took to fire their boss. Yes, you read that correctly!

The grow track continued with sessions on how to get a slice of the billion dollar pie; a minority certification workshop; and an invaluable session on how to protect your intellectual property.

During the last session of the day, conference goers enjoyed the riveting SistersInc. Couples to Copreneurs session where they received insight and the real deal on going into business with a spouse.

“Write down the pros and cons and decide which ones make since to the business. No one’s always going to be right. There is give and take in any manner or the relationship” - Tariq Walker #BEintheQC pic.twitter.com/ddClccqT2x

And in true #BEintheQC fashion, we ended the night with Black Food-Truck Thursday hosted by BBOC where we got the official taste of Charlotte.

We’re looking forward to all that is in store for tomorrow. Be sure to follow Black Enterprise on Instagram and Twitter for real-time coverage and join in on the conversation using the hashtag #BEintheQC!

We said that FWD was going to be bigger and better than ever and we lived up to our words! And if you’re looking for proof just take a look at the hashtag #BEintheQC on social media.

The morning kicked off with a highly anticipated conversation about building generational wealth as millennials with Angela Simmons, a serial entrepreneur with successful forays into fashion, fitness, and beauty, and artist-producer Ryan Leslie, who is disrupting text message marketing with his SuperPhone platform moderated by Alisa Gumbs, Executive Managing Editor at BLACK ENTERPRISE presented by Ally. 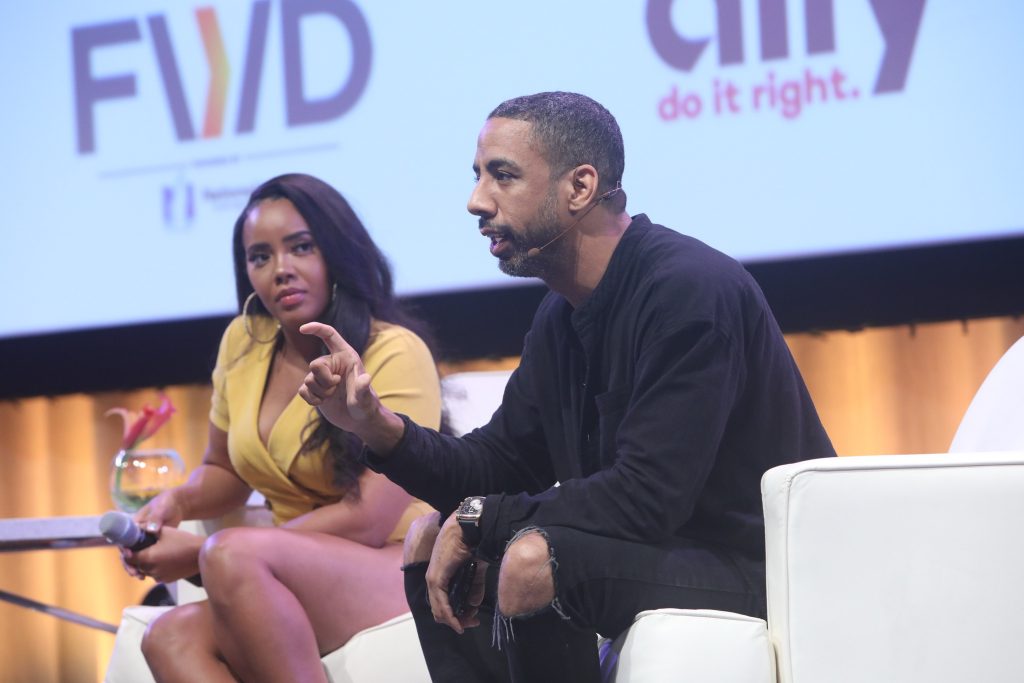 Throughout the day people were able to receive business coaching and attend the Shark Tank “Office Hours” with Brandon Andrews to help prepare them for moments with venture capitalists.

On the Launch track, those seeking to get into the entertainment industry without being an entertainer were able to learn what it takes from Monique Idlett-Mosely, Founder & Managing Partner at Reign Venture Capital and Datari Turner, Executive Producer, Writer, and Founder of Datari Turner Productions; get the inside scoop on what it takes to become a new media mogul from Jason Lee, Media & Brand Strategist; Founder of Hollywood Unlocked; Learn the ins and outs of the industry from Erica Barrett, Chef, Entrepreneur, and Food Personality and CEO of Southern Culture Foods; 2018 BE Elevator Pitch competition winner Jennifer Lyle who is the owner of Lush Yummies Pie Co; and Michael Thompson, President & Chief Executive Officer of Fair Oaks Farms, LLC.

71% of the earth is made up of water--and Davon Bailey @EatworkplayCLT says that your business and online community should be too. #BEintheQC pic.twitter.com/VQd3YlgCsY

Attendees on that track were also able to learn how to make a profit off of investing in real estate with Evens Charles, President & CEO of Frontier Development and Hospitality Group and learn how to get paid for that they know with Regina Anaejionu, Creative Director at Beta and Beyond.

Those on the Innovate track joined Andrew Nguyen, Partner at BYOB Society for a digital masterclass on innovating ways to grow an online presence; learned how to master their online messaging; received first-hand from Macy’s what it takes to run a successful retail pop-up shop; and got the latest developments on what the 5G revolution means for businesses from AT&T.

Advice on how to avoid the pitfalls in the entertainment industry from @Monique_Mosley_:

1. Figure out ways to turn no into yes.
2. Work hard and always be learning.
3. Be prepared.
4. Become an expert.#BEintheQC pic.twitter.com/ffdo8U7z4q

Business owners looking to grow their operations were able to attend sessions on how to generate new streams of revenue in addition to finding alternative finance options. They also learned how to create a succession plan and what it takes to win big contracts and win over venture capitalists.

FWD ended with a bang

“Very few journeys require individuality,” said Damian Mills. He went on to quote his mother who says, “Don’t look at my start, look at my finish.”

James Jones Jr., Esq. and Kristina Jones, Co-founders of Court Buddy were recognized as Techpreneurs of the Year. And, Detroit’s youngest entrepreneur Asia Newson, founder of Super Business Girl, received the Teenpreneur of the Year award.

The ceremony was followed up the ultimate after party hosted by Jack Daniels.

And just like that, FWD 2019 was a wrap! Year one of FWD was incredible thanks to each and every entrepreneur who attended, the speakers, and last but not least—our sponsors!