This Group Is Buying Lots In St. Louis To Lease To Black Businesses 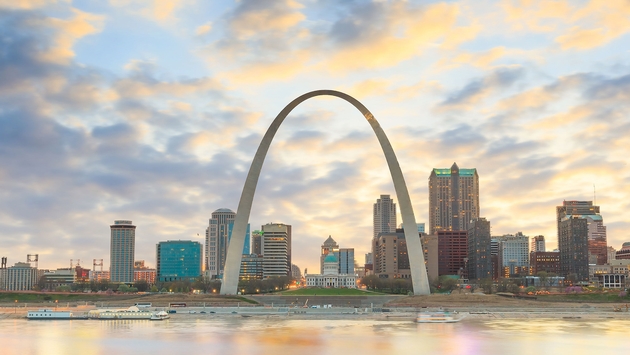 Gentrification has made affordable housing in many major U.S.cities scarce due to an inflating housing market. As more and more local residents get priced out of their homes, some are looking buy back their neighborhoods to keep natives in the city where they grew up.

In St. Louis, a group of Black entrepreneurs is doing just that.

Eboni Bowden is the president of Black Wall Street STL, a firm representing a group of entrepreneurs that recently created a plan to buy 283 lots in north St. Louis from the Land Reutilization Authority (LRA). The goal: reconvert the lots for commercial space to lease out to Black-owned businesses.

St. Louis Public Radio reported that the group submitted its application earlier this month to the LRA to purchase more than eight city blocks. Officials from the LRA have said they will review the application at its committee meeting in August.

“We are all very interested and invested in our communities, and we know that ownership is a problem, or lack thereof,” said Ebony Bowden, president of Black Wall Street STL told St. Louis Public Radio. “We decided to come together and create Black Wall Street to go ahead and get the land so that we can have a foundation.

“No one’s doing anything with it. We know that we can definitely make the change that we’ve been envisioning for the last three or four years,” continued Bowden. “A lot of people worked over there. They had a ton of factories there, and there were Black communities and were middle-class, upper- middle-class, and we want to bring it back.

“We’ve already started working on how the business will be split up, they want us to make sure that we have all of the business structuring together,” Bowden said. “So we do that and we have to turn that into them, and then we’ll basically finalize the purchase price.”