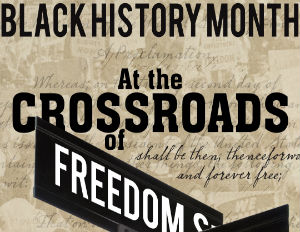 With all the celebrations and events taking place across America for Black History Month, it can be hard to keep up with every single event happening. Here is a roundup of notable events and activities during Black History Month 2016.

Events
The city of Baltimore celebrated Black History Month with art exhibits and cultural events, specifically at the Reginald F. Lewis Museum of Maryland African American History & Culture. Visitors can explore the past and learn more about legendary Civil War icons using the Legends & Legacies Heritage Pass, which also works at the National Great Blacks In Wax Museum and the Frederick Douglass-Isaac Myers Maritime Park. If you missed out, don’t worry– the pass is available year-round.

[Related: Black History Month: Then and Now in Sports]

The Google Cultural Institute opened a Black History, Arts and Culture collection. The collection includes 80 exhibits and over 5,000 items.

The NABJ & NAHJ asked various news organizations to diversify their reporting and analysis teams to reflect those states and the upcoming campaign. Not only urging organizations to use journalists and political analysts of color in the presidential election, but the message also plays into Black History Month by increasing the conversation of diversity in politics.

Celebrations continued with Mayor Muriel Bowser of Washington, D.C., with an event themed, Conversations, Community & ConneXions. Â Held Feb. 17, the program featured a screening of Diaspora in Dialogue: A Profile of Africans in the District of Columbia. The Mayor’s office also held a ‘Know Your Right’ community tall meeting on Feb. 24.

Also in music, the Jazz Singers Exhibition opened at the Library of Congress on Feb. 11. The new exhibit features the art of vocal jazz, and songs from stylists from the 1920s to the present. Be sure to check out the new exhibit, which closes on July 23, 2016, where you can see a Chet Baker suicide note, a letter from Jelly Roll Morton to Alan Lomax, and more.

Social Media
R&B superstar Usher helped to kick off celebrations through Twitter. In addition to Killer Mike and other influencers from the entertainment industry, the tweets encouraged people to open accounts at black owned banks, for Black History Month. Citizens Trust Bank received over 150 new accounts being opened, at their main branch, in that one day alone.

Health
African Heritage & Health Week occurred from Feb. 1 to 7, providing educational opportunities to discuss and share healthful African foods and history, for the 5th year in a row.

Sports
Premiering on Feb. 29, Emmy Winner Martin Sheen will be narrating a series of one-hour programs, opening with a Black History Month special on Hank Aaron. Smithsonian Channel and the MLB have teamed up to tell the stories of four legendary players: Hank Aaron, Babe Ruth, Lou Gehrig, and Ted Williams. Tune in at 8 p.m. ET/PT for the special presentation.