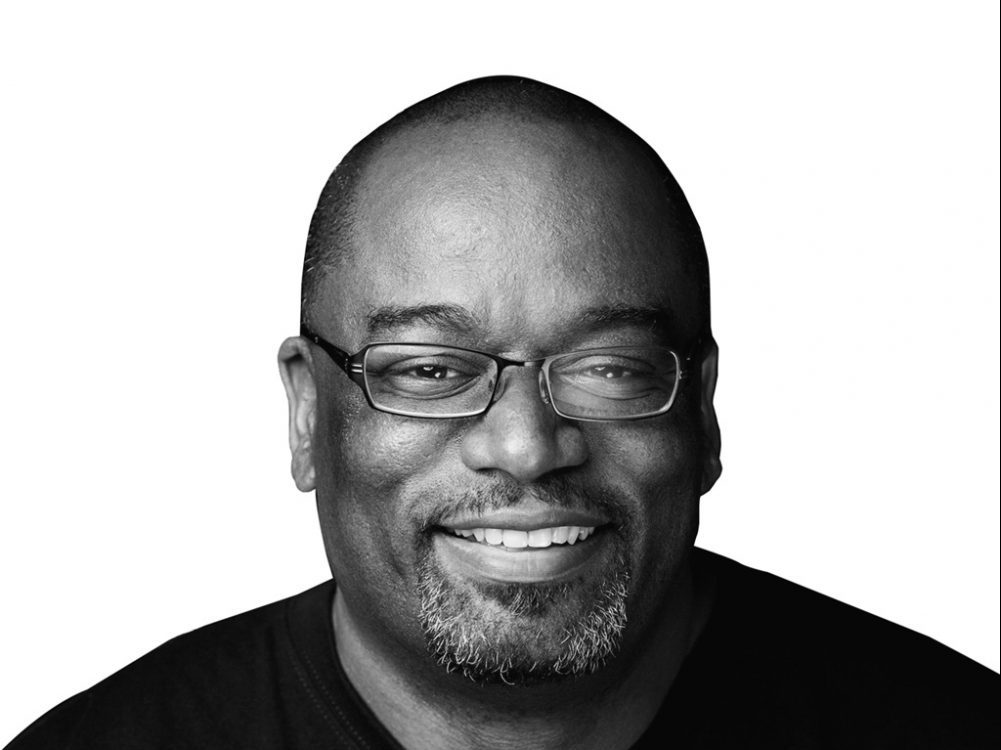 Imagine walking into a 20,000-square-foot building with floor to ceiling inspirational quotes; Nike and Jordan sneakers designs mounted on the wall; 480 miniature shoeboxes with the names of leading fashion companies inscribed on them; and learning that it is the manifestation of a black man.

What was described to you is PENSOLE Design Academy founded by D’Wayne Edwards, who is a former Nike executive with over 30 years’ experience designing shoes. The footwear design academy was launched in 2011 to educate and teach designers how to take their ideas from a sketch to a product that can go to market.

In August, Footaction made an open call to over 85 HBCUs to participate in a six-week digital and in-person design intensive. Hundreds of students applied to be a part of the program by sending in their designs but only 10 students were selected to participate in the FAAS at PENSOLE online program to refine their designs. From there, the competition was cut in half and the top five finalists (who so happen to be five young women) relocated to Portland for a 3-week hands-on design academy at the FAAS Studio at PENSOLE.

The academy consists of a footwear studio where PENSOLE instructors teach footwear design; brand design; functional apparel and accessories, and color material design. PENSOLE also offers hands-on experience in prototyping where they teach people how to make shoes from scratch. They also house a personal design studio where they produce custom projects for different brands.

It was all a dream

At 12-years-old, Edwards envisioned becoming a footwear designer and at the age of 19, he became the youngest footwear designer within the industry. And while the rest would become history, his journey ultimately led him to open the doors of PENSOLE in 2012.

“I’m a black man from Inglewood, California. Getting to 18 was a win. I’m winning. And 32 years later, I’m still winning,” Edwards exclaims.

By the time he turned 19, Edwards lost his two older brothers within three years. Both young men taught him different design elements and encouraged him to take his gifts and dreams seriously.

“For me, it ended up becoming more so a need to have the career they didn’t get a chance to have. So, that’s that focus.”

Beating the odds is something that he does not take lightly. And that very grit and ambition are what got his foot in the door. After graduating from high school, Edwards landed a temp job at a footwear company as a file clerk where he was determined to work his way up. As destiny would have it, a unique opportunity presented itself.

“They [management] created this little suggestion box in every department; it was a wooden box. And it was presented to every department as a way to give the company suggestions on what they should do to improve the company’s business. And so my suggestion was to hire me as a footwear designer. So I would put my three by five sketches in the box every day. And for six months, I did that and the owner called me into his office and offered me a job after I turned 19.”

Related: Pyer Moss And Other Luxury Black-Owned Labels Disrupting the World of Fashion

Edwards’ persistence and hard work led him on a successful path. At 23, he became a head footwear designer for L.A. Gear. A year later, he was appointed brand manager/head designer for Karl Kani Footwear. At 28, he launched his own brand SITY which was recognized by Sporting Goods Business as the No. 2 brand to watch in the industry behind Brand Jordan in 2000. He was one of six designers ever to design an Air Jordan (21 and 22) in its 1st 23-year history. And, he has designed shoes at the highest level for today’s premier athletes and teams, such as Michael Jordan, Carmelo Anthony, Derek Jeter, and Roy Jones Jr.

Over the course of Edwards’ career, he has designed 500 styles in a variety of categories—athletic, dress, casual, outdoor, golf, lifestyle, kids, and skate. And his designs have sold over $1.5 billion in revenues globally.

Walking into his destiny

With all of his accomplishments, being able to teach what he learned as a professional led him to the next phase in his life, PENSOLE.

“At a certain point, it was no longer about me. When I got into the industry in 89, I was only the second African American in the industry to design footwear. I didn’t meet the first one until I got to Nike 10 years later. Wilson Smith. We both got in through an extension of mentorship. So, that became kind of who I am,” says Edwards.

Fast forward nine years, Edwards assumed the position of the footwear design director at Nike. And as he approached his 10th year with the company, he decided to retire to pursue his passion to teach others how to construct their dreams of making footwear.

“I taught the very first class at the University of Oregon on Jan. 14, 2010. The first class [was for] two weeks. I flew 40 kids in on my own dime to test this idea of what a footwear school would look like. And, it was all based on the way I worked at Jordan,” says Edwards.

After the good news of the students’ experience spread through the press, other colleges and universities wanted in. And the rest is history.

Edwards never attended a design school, but he has launched and established six PENSOLE Designs Academies since 2010 at the ArtCenter College for Design; PARSONS School for Design; MIT; and the Kolding Design School in Denmark.

And more exciting announcements are on the horizon. Until then, Meet Edwards’ colleague, Angela Medlin who runs FAAS Studio at PENSOLE.