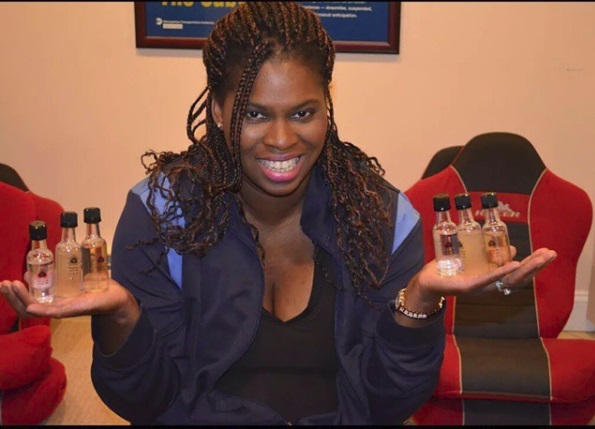 Vanessa Braxton is more than just the CEO and president of Black Momma Vodka and Black Momma Brand. She’s one of the few, perhaps even the only, African American woman distiller, master blender, and operator of a nationally distributed vodka in the country, as well as the owner of a tea and beverage manufacturing facility. Although she’s made history, her journey into entrepreneurship was happenstance.

Born and raised in Brooklyn, New York, Braxton earned a bachelor of science degree in construction management and engineering from Pratt Institute in New York. She later enrolled in the executive program in negotiation at Harvard Law School and consortium with MIT. Braxton started her professional career working in the corporate and government industries where she managed construction and engineering contracts worth over $350 million for the New York State government. In addition, Braxton was VP of Business Development and elected to sit on the NY State Board of the Conference of Minority Transportation Officials.

Braxton, however, has always been a hustler at heart. She told Black Enterprise that years before launching her vodka business, she obtained a liquor license while in college and sold drinks to her peers.

After retiring, she came up with the idea to launch her own vodka brand business. According to her website, existing Black Momma brand products earned a total of $2.5 million in online sales last year and sold to 26,000 customers. Some of her clients include the Marine Corps MWR and U.S. embassies in Russia, Colombia, and Libya.

The success of Black Momma Vodka led to her branching out to make and sell her own tea. Braxton has developed a Franchise Division Black Momma Tea and Café building, the first flagship location in Long Island, New York, with plans to build at least 150 locations in the future. The mother of three is also building four additional manufacturing facilities in the U.S.

Braxton recently stopped by Black Enterprise headquarters to talk about her journey into entrepreneurship and her plans to take her company public. Watch the video interview below.