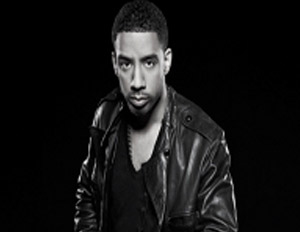 It’s hard not to come across a track that has not in someway been touched by music producer Ryan Leslie. R-Les, as the multi-talented industry staple is commonly referred to, has produced songs for Grammy Award winning artists such as BeyoncÃ©, Mary J. Blige and Britney Spears to highly-popular artists including rapper John “Fabolousâ€ Jackson, Chris Brown and Cassandra “Cassieâ€ Ventura. In fact, it’s Leslie’s work with model-turned-singer Cassie that placed the now 32-year-old entertainer/entrepreneur on the music industry’s radar. One of many reasons BlackEnterprise.com chose to speak with the multi-talented producer for Black Music Month.

Penning and producing Cassie’s chart-topping hit “Me & U,â€ Leslie not only brought his NextSelection imprint recognition, but led his flagship artist to get signed to Bad Boy Records in 2006, the opportunity to work alongside Sean “Diddy” Combs as executive producer on her self-titled debut album and the ability to rake in nearly $2 million over the life of the record.

Last year was a good year, as well, with Leslie lending his talent to producing Ne-Yo‘s record, “Crazy Love,â€ Shawn “Jay-Zâ€ Carter and Kanye West‘s upcoming album, Watch the Thrown and Fabolous’ “You Be Killen Em,â€a top 10 rap record. “We easily did over a million dollars in production revenue last year,â€ confirms Leslie.

What stands out about the Harvard grad–outside of graduating from the Ivy League college at 19 or his distinct production style–is his ingenious branding and social media strategy, which has proven to be greatly successful with his musical muse (having used MySpace as an integral role in viral promotion of Cassie’s hit single), as well as his own solo projects–Ryan Leslie, Transition, and his soon to be released Les is More, due out in early fall of this year.

“You have the control of your brand messaging through the various social media platforms–Twitter and Facebook being two of the most prominent–and you have the ability through the control of your brand messaging to attract the collaborations that will be lucrative for you as you pursue music production as a career,â€ says Leslie, less than a week after his YouTube channel, RyanLeslieTV, reached 39 million total views. His acknowledgment of the “exponential quantity of mediaâ€ drove the brand guru to start NextSelection Lifestyle Group, a media-marketing company that’s worked on campaigns with mega-brands such as Lexus and Adidas, as well as Nicole Trunfio Jewelry.

“With NextSelection, what we are interested in doing is partnering with brands–whether they be personal brands, such as artists or corporate brands–and identifying those brands that understand the future of social media, the future of owned audiences as a way to directly market their products, and looking for the synergies between those brands to create a greater exposure for the value they provide to consumers,â€ says the chief-executive-officer.

With the shift in industry marketing from word-of-mouth to email and, most recently, social media, branding is an integral component in any artist or producer’s package. Leslie advises aspiring producers to focus on identifying their brand and accurately transmitting that to their audience of consumers. He suggests they focus on creating strong, distinct music; establishing strong collaboration with a manager, publishing company or another artist, and creating a strong presence, which would serve as a “calling cardâ€ he or she presents to the music industry.

It’s a concept the producer has nearly mastered, but still works to strengthen. When it comes to his upcoming album, he plans on creating something the industry has never seen before.”From a social media standpoint, there’s going to be an amazing campaign, which I believe will hopefully serve as a very creative blueprint for the way that an album is marketed in 2011 and beyond.â€