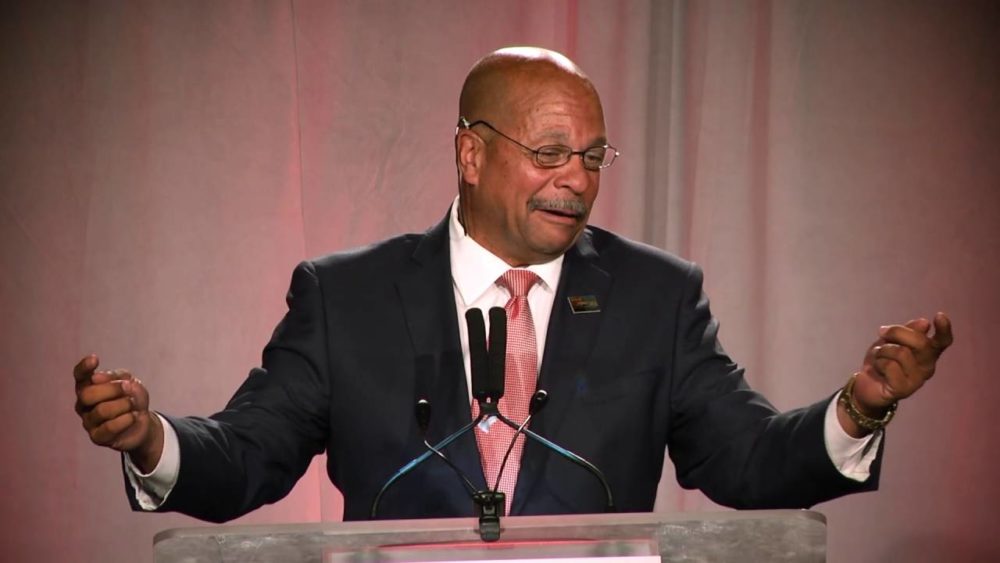 After experiencing explosive growth, black-owned construction company THOR Companies is reportedly revamping its business model and trying to overcome financial challenges.THOR, a Minneapolis-based contracting and management firm, has hired Manchester Cos. as its chief reorganization officer. Manchester, also based in Minneapolis, is known for turning around and restructuring companies. Its services include providing corporate renewal, operational intervention, financial intervention and creditor relations, the firm’s website shows.

In January 2019, Sunrise Banks sued THOR and its founder and chairman Richard Copeland, pursuing restitution exceeding $3 million. The bank requested that a receiver appointed to take control of THOR, according to a lawsuit filed in Hennepin District County Court in Minnesota.

In its allegations, the St. Paul, Minnesota, bank (Sunrise) claims the borrower (THOR) “is generally not paying its debts as they become due, including payroll obligations to its employees and its debts to Lender. In the absence of an appointment of a receiver, multiple creditors of Borrower will likely attempt to engage in a “free-for-all liquidation” of the business (THOR).

Copeland responded, “THOR has never missed a payroll in 40 years to date. We have several companies rallying around this effort, however, the bank has done everything in its power to put us in receivership.”

He also issued this statement: “We are currently working with a CRO to clarify our direction moving forward,”

Simultaneously, THOR’s CEO, Ravi Norman, has departed the company. Norman told the Minnesota publication Finance & Commerce in an interview last month that he is no longer an employee at THOR. Norman worked at THOR for several years, serving in CEO and CFO roles at the business.

Norman ‘s LinkedIn page cites him as CEO of Norman Global Enterprises. Norman told Finance & Commerce he is working with Copeland. “I am committed to helping Richard stabilize his construction operation and whatever that model is going to look like,” Norman stated.

In an interview last month with the Star Tribune in Minneapolis, Copleland said: “We’ve struggled in a tough industry with some of the best contractors in the world as our competition. We cobbled along for 40 years and never had anything like this happen. We hope to attract new money and are poised with good customers to do well.”

THOR’s dilemma comes after it had a banner year, two years ago. It had 2017 revenues of $368 million, up 162% from $140 million in 2016, BLACK ENTERPRISE reported in August 2018. THOR was No. 11 on the BE Top 100s list (BE‘s annual listing of the nation’s largest black businesses) for 2018, an overall ranking of the nation’s largest black-owned businesses. THOR had the biggest revenue percentage at over 163% out of 10 companies listed in the BE 100s Growth Leaders category.

Commenting previously on the company’s growth for 2017, Copeland stated just under $197 million came from the acquisition of JIT Energy Services, a minority-owned energy management and utility cost reduction services firm, for an undisclosed amount.

THOR Construction contributed another $170 million. Its high-profile projects included work on the $1.1 billion U.S. Bank Stadium and the $375 million T-Mobile Arena in Las Vegas, along with other work. The firm told BE it aimed to collect revenue in 2018 from THOR Construction, JIT, and its land development, architectural design, and consulting businesses. In September 2018, THOR celebrated the opening of a new headquarters, a $36 million office/retail building in north Minneapolis. THOR started in 1980.

Last month, news outlets in Minnesota began reporting on the financial woes at THOR, including some media who referred to THOR as the state’s largest minority-owned company.

In response to questions from BE, Copeland provided some email responses in late January. Here are some excerpts of those responses.

BE: What is your response to the $3 million suit by Sunrise Banks against your company, THOR  Cos.?

Copeland: We have had a credit line with [Sunrise Banks] for 11 years. The LOC [line of credit] was to expire on 12-31-18. The LOC was as high as $5.8 million, but over the last two years, we had reduced the line by $2.8 million down to $3 million. We also believe that almost half of the $3 million line remaining, that $1.3 million of it were not legitimate. We plan [on] answering the suit.

What is your company’s strategy to fight the suit and put it behind the company?

We have been told not to comment on our strategy, but we hope to minimize the repercussions of this lawsuit.

The media also is reporting that THOR’s CEO, Ravi Norman, is longer with THOR? When did he depart the company and why?

Ravi Norman is no longer acting as our CEO, however, he has a diverse offering of businesses that we hope to interface with moving forward.

What is THOR’s business strategy to boost revenues this year over last year?

We have some reorganizing that will take place in 2019. This restructuring has been in the works for 3-4 months now, it is just unfortunate that our business dealings have gotten negative press.

Media reports also claim some subcontractors have filed suit against THOR for non-payment? What is your response to that?

There have been a few payment issues, however, they are being taken care of [paid off] in an orderly manner. The work in the building is still ongoing, some tenant improvements are still underway by others.