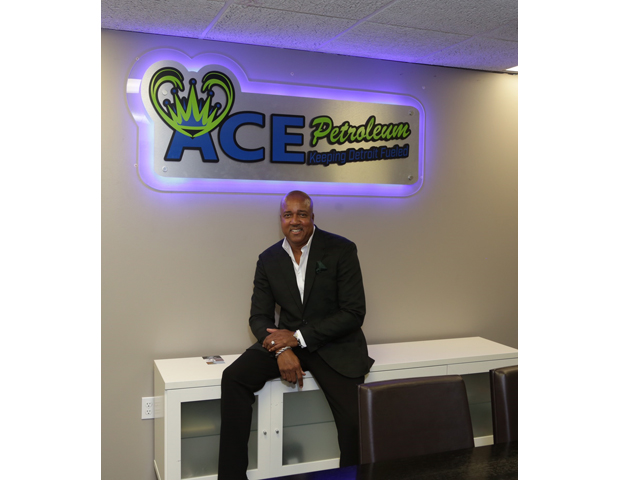 ACE Petroleum just obtained a $27 million contract with Detroit to supply fuel services for the city’s police cars, fire trucks, buses, emergency medical vehicles, and other transportation units for this year through 2025.

Launched just over two years ago, the black-owned Detroit-based company swears the deal that began on New Year’s Day will make it the Motor City’s first minority-owned fuel provider. And the $27 million contract amount is an initial number that could rise based on fuel demand.

ACE Petroleum Founder and CEO Moses Shepherd says his goal is to strategically leverage this opportunity to pursue similar fuel contracts with other major cities, including Atlanta, Baltimore, Chicago, and Houston to name a few. ACE Petroleum’s current national fuel distribution network includes a seasoned logistics team with more than 35 years of experience and 452 fuel delivery trucks at its disposal.

The five-year contract calls for ACE Petroleum to provide Detroit with over 2 million gallons of fuel per year. The company buys fuel from Atlas Oil Co. based in Taylor, Michigan.

“The deal validates our capabilities to be a minority-owned, quality-driven fuel provider for large municipalities, companies, and corporations across the country,” Shepherd says. “Our strategy for market share growth is based on maximizing this niche in the fuel industry.”

Detroit officials say the deal shows their commitment to work with diverse suppliers.

“My office is committed to work to ensure the growth of Detroit-based, minority-owned businesses,” Detroit City Council President Brenda Jones stated in a news release. “ACE Petroleum will provide fuel services in support of essential departments such as police, fire and EMS. This partnership helps to reinforce the procurement goals I sponsored in 2018 to engage Detroit entrepreneurs and businesses.”

ACE Petroleum has steadily grown. The company reported it had $6 million in revenue for 2019 and projects revenue of $15 million in 2020. Shepherd says his firm is now pursuing other fuel contracts with large municipalities, companies, and corporations nationwide.

He also has a bullish outlook on the company’s growth prospects, projecting annual revenue of $50 million within a couple of years He anticipates the increased business will come from ‘”new contracts and opportunities we’re currently exploring and incremental growth from current customers.”

But it all hasn’t been a walk in the park.

Shepherd says the company’s biggest challenges are overcoming barriers by being a new, minority-owned fuel company.

Shepherd says providing excellent customer service is helping the company confront those issues. ” We have cutting edge technology that sets us apart from our competitors and distinguishes us from being just a fuel provider.” The company’s workforce has tripled, growing from three in 2017 to 12 now.

A longtime Detroit real estate entrepreneur and businessman, Shepherd first learned about the industry after beginning his career in 1987 as a district manager at a fuel distribution firm. In that job, he claims he ran eight stores, managed 100 employees, and helped the outlets return to profitability.

Before launching his new company, Shepherd started Ace Investment Group L.L.C. in 2003. The firm focuses on buying properties in Detroit and is now among the city’s largest black-owned apartment operators with more than 1,000 units. Both of Shepherd’s businesses are housed in a 13,000-square-foot building he owns in Detroit.