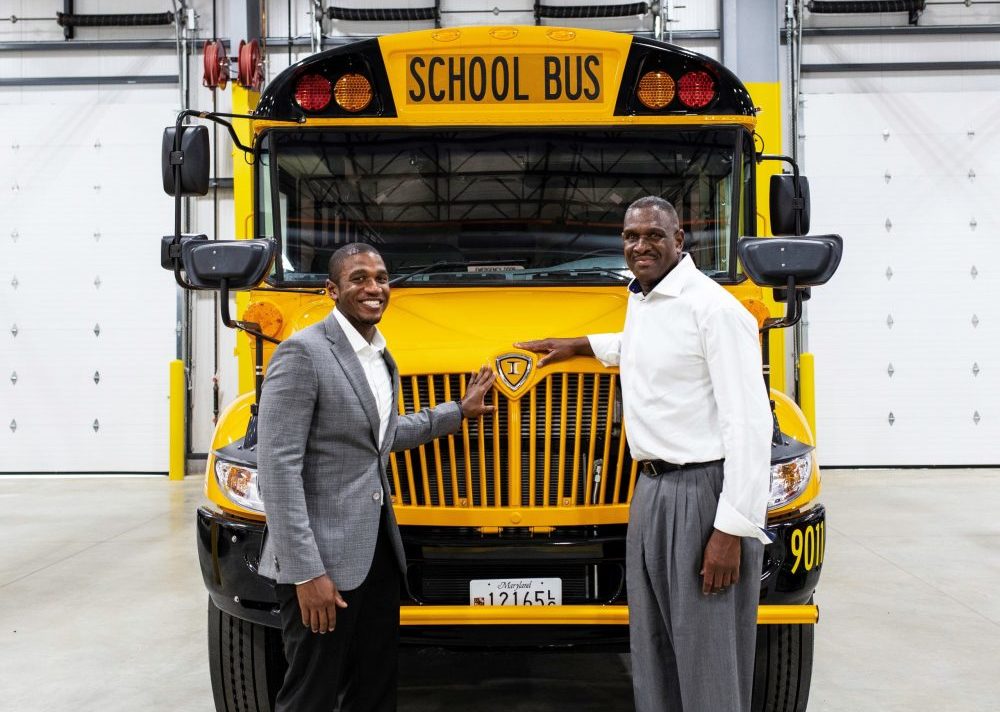 K. Neal Truck and Bus Center, a commercial truck and bus dealership serving the Washington, D.C., area, has invested more than $15 million to build a larger headquarters and expand its corporate facilities.

At the same time, the Hyattsville, Maryland-based company that is only one of two black-owned commercial truck and bus dealerships in the country, has acquired eight acres for its new headquarters and mixed-use land development. The project is part of the company’s efforts to support new commercial development vital to the prosperity of Prince George’s County.

Run by father-and-son duo Chairman and CEO Stephen W. Neal and President Korey Neal, the company generated $103.5 million in revenue in 2018 and ranked No. 35 on Black Enterprise’s 2019 Top 100s list, an annual ranking of the top black-owned businesses in the nation.

The business demolished the previous building it occupied for its headquarters since the 1960s, allowing it to complete construction on the new structure. The corporate headquarters facility includes all administrative functions including accounting, marketing, and finance. The company has multiple locations serving the Washington D.C. Metropolitan region.

Korey Neal says the new 40,000-square foot two-story headquarters and state-of-the-art corporate facility will allow the company to serve customers faster by expanding its service footprint capacity by 40%. The expansion enables the company to boost the size of its operations in multiple ways.

The company added four new trucks and bus bays to perform regular customer servicing on those vehicles. It also added two alternative truck and bus bays to service electric and propane vehicles. The company now will be able to serve more new and existing customers logistics, warranties, and financing of vehicles.

Further, 4,000 square feet was added to train employees along with a fitness and kitchen center to support healthy lifestyle activities for the firm’s nearly 100 workers.

In 2019, the company had revenue of roughly $98 million and expects to have slightly higher revenue in 2020.

Plus, the expansion is phase one of a three-phase construction project. The other two phases will include commercial retail space and a retail location for outside tenants covering eight acres on land surrounding the company’s headquarters. The mixed retail development will allow the company to better serve its community and help it promote economic growth in the Washington, D.C metropolitan area, which offers business growth potential and opportunities for all minorities including blacks and Hispanics.

“We recognize the importance of leading economic growth in the region,” says the younger Neal. “Transportation is the backbone of the economy that provides connections between people, goods, and services, which enables trade and growth. In fact, two of the largest school bus fleets in the United States reside in Prince George’s and Montgomery Counties.”