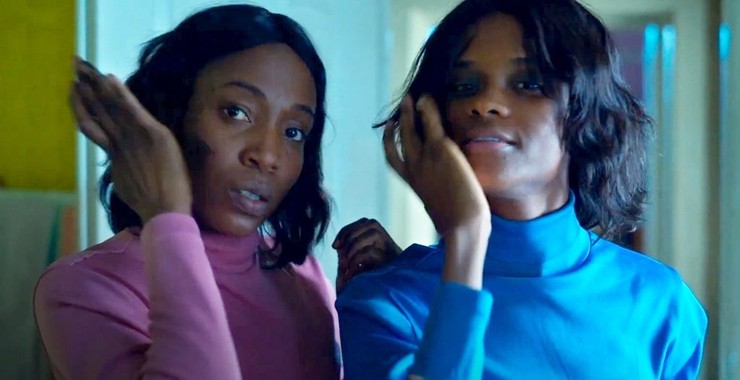 Apparently, in some places, not speaking to others gets you placed in a psychiatric hospital.

Producer and “Black Panther” star, Letitia Wright, works beside Polish director, Agnieszka Smoczynska, in the new film, “The Silent Twins,” that follows the real-life story of twins June and Jennifer Gibbons. The twins’ rejection towards communicating with outsiders creates the intense story that is told through the screenplay. The story was previously adapted by BBC in 1986 when U.K. investigative journalist Marjorie Wallace published her book about the Gibbons twins. The movie explores their journey as children of the only Black family in their 1970 Wales neighborhood where they experienced racism causing them to shut everyone out.

In an interview with The List Wright shares, “Our aim is to look at the society in which June and Jennifer grew up that failed them. I feel that they were put with individuals who weren’t healthy mentally and [who] did crimes that are really, really problematic. When we explored this story, we [saw] how, in a way, innocent their crimes were, how childish their crimes were: stealing pencils and papers and sweets. On top of the other things that took place, that all came together to put them away.”

She said that their efforts in creating the film were focused solely on what was done to the twins, rather than “taking a dig” at mental institutions. The twins, children of immigrant parents from Barbados, were institutionalized for 11 years at the Broadmoor psychiatric hospital.

“Our film, in particular, looks at the consequences of misdiagnosing someone—the consequences of not taking time to understand an individual and boxing them [in] and putting them away, and then using the things of the misdiagnosis to cure them, but actually, it causes more harm. Our film dives deep into that,” the actress said.

Wright fulfills her role as June beside actress Tamara Lawrance who plays her twin sister, Jennifer. The goal to make the film as authentic as possible, challenged both actresses to embody a genuine portrayal of mental illness.

To further understand how to create a strong backbone for the twins’ story, the cast and crew read the original book written by Wallace.