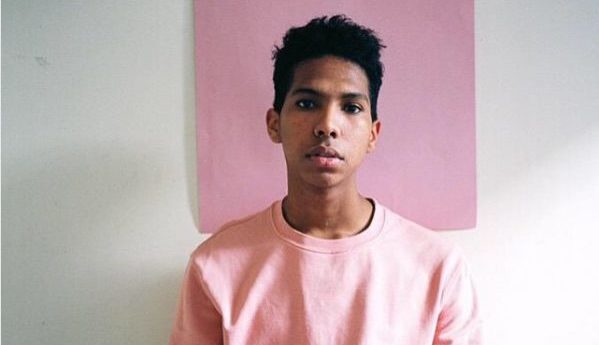 For the first time in Vogue’s 126-year history, a black photographer will capture the photo that will grace the iconic fashion magazine’s cover. Although Vogue editor-in-chief Anna Wintour usually makes all editorial decisions regarding the cover, it was reported Monday that she has relinquished control over to Beyoncé, the cover subject of the September 2018 issue. In turn, Queen Bey has subsequently hired Tyler Mitchell, a 23-year-old photographer based in New York, to shoot her portrait.

Despite being young, Mitchell has managed to compile an impressive portfolio of work as a photographer and video director. Here are five tidbits about him.

Mitchell graduated from New York University’s Tisch School of the Arts with a B.F.A in film and television in 2017.

Mitchell has photographed a number of celebrities, including Spike Lee for the cover of Office, actress Zazie Beetz for Vogue’s May 2018 issue, Solange Knowles’ performance-art piece at the Hammer Museum, and rapper Lil Uzi Vert for the cover of Fader. He also shot the cover and video for Teen Vogue’s March for Our Lives feature and shot and starred in a short film for American Eagle. “I depict black people and people of color in a really real and pure way,” Mitchell told the New York Times, “There is an honest gaze to my photos.”

In addition, Mitchell has shot for clients that include Mercedes-Benz, Marc Jacobs, Nike, Converse, and Ray-Ban.

3. He Says He Identifies With Jaden Smith

Originally from Atlanta, the Brooklyn-based photographer said he feels like he can relate to Jaden Smith due to his upbringing in an upper-middle-class neighborhood. “I’m an upper-middle-class black kid and truthfully, we’re a super rare breed,” Mitchell told Complex in 2015. “A lot of white people and black people alike can’t fully comprehend being somewhere in between worlds. I know Jaden identifies with that, and I know I identify with Jaden because of that.”

Before becoming a professional photographer, he began using his creativity to make skate videos and take pictures of music, fashion, and youth culture in Atlanta and New York.

5. He Got His Big Break in Cuba

Back in 2015, Mitchell paid a six-week visit to Cuba as part of a documentary photography program, where he captured Havana’s skateboard scene and crumbling architecture. He then published the photos in a book he titled “El Paquete,” which gained recognition from Dazed Digital and i-D magazine.