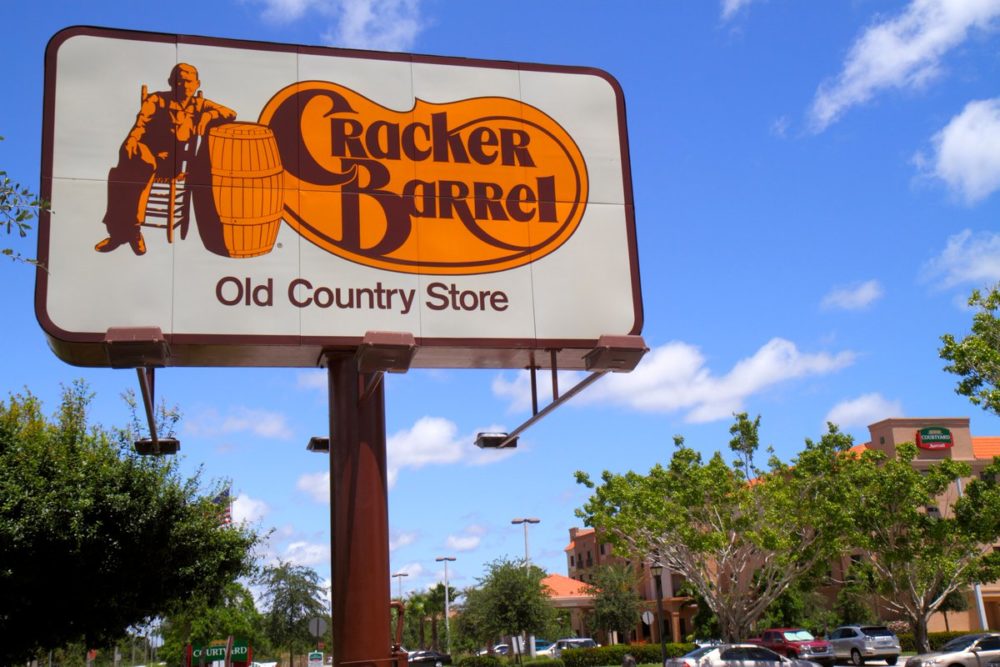 #DiningWhileBlack, a black Air Force veteran and entrepreneur is suing Cracker Barrel, the combined restaurant and gift stores chain, after he was kicked out of the establishment under false pretenses.

Randy Freeman, 57, said he’d frequented various Cracker Barrel locations in West Virginia before. This time, he walked into Store #193 with three of his customers in Cross Lanes where he said he ordered a soft drink. When he attempted to order food from a waitress, he was met by the store manager who falsely accused him of being rude to the waitress.

“As a motor coach owner and operator, prior to the incident, I had visited Cracker Barrel’s chain on a number of occasions but not at the store where the incident occurred … I did not experience this kind of unfair treatment in the past,” Freeman told Rolling Out. “I was taken completely by surprise when the manager came out and made these false accusations.”

Cracker Barrel, unlike Starbucks, rebuffed any of Freeman’s attempts for an apology communicating only through adversarial court filings. He’s now awaiting a decision on the lawsuit he filed, for racial discrimination and defamation in District Court in the Southern District of West Virginia.

Earlier this month, in a video that has now gone viral, two 23-year old budding entrepreneurs, Rashon Nelson and Donte Robinson were handcuffed and escorted out of a Philadelphia Starbucks. Nelson had been refused access to the bathroom because he had to be a paying patron. They both sat waiting for a business meeting but were told to leave. According to 911 accounts, Starbucks staffers had called police approximately two minutes after the men arrived.

Getting arrested however was a risk Freeman was unwilling to take. Not only did he run Distinguished Executive Transportation, he is also a coach operator.

“I was embarrassed and worried about the consequences of resisting my ejectment because I owed my ultimate responsibility to my motor coach passengers who would’ve been stranded had I been arrested for refusing to leave,” said Freeman told Rolling Out. “So, I left without raising my voice or otherwise resisting the managers’ commands.”

As it turns out, black people really can’t publicly eat in peace sometimes and the hashtag #DiningWhileBlack continues to trend on social media with many different stories of their own experience while eating out. Early in February, comedian Leslie Jones who had visited Atlanta Fish Market for lunch said not only was the service bad, she said the manager was rude to her and her friends.

The week prior, Alexis Brison and her friend had stopped at an Applebee’s location in Independence, Missouri, for some chicken wings and mozzarella sticks. Before they received their orders, the police had been called on them because the Applebee’s staff “believed they had eaten at the restaurant the day before but had left without paying for their meals.”

In Harlem, Tara Fitzgibbon and her two friends visited Angel of Harlem restaurant on Frederick Douglass Blvd, and like Brison and her friends, the trio was accused of previously dining and dashing out of the restaurant without paying.

The manager showed the women a surveillance footage of a black woman, which Fitzgibbon said looked nothing like her. “What, do all black people look alike to you?” Tamara Young, her friend said to the manager who they said humiliated and abused them as they were being kicked out of the restaurant.

In Ohio, Samora Savage, a Youngstown State University student had stopped by Royal Grill Buffet with her friends for an after-class celebration. Jay Dong, the restaurant manager asked Savage and her friends to pay upfront, because “people steal.” Savage said her friends agreed but that she noticed other customers weren’t being asked to pay up front.

“A lot of people steal from me. If I don’t know them, and they all pay together and they try to run, I can usually catch one person and make them pay the bill. But if they all pay separate and they run out, I can’t catch everyone,” Dong told local Ohio paper, Vindicator.

Dong said while he does make some people pay beforehand—and he acknowledges more often than not the customers who pay first also are black—he said since he doesn’t make all black customers pay first, it isn’t discrimination.