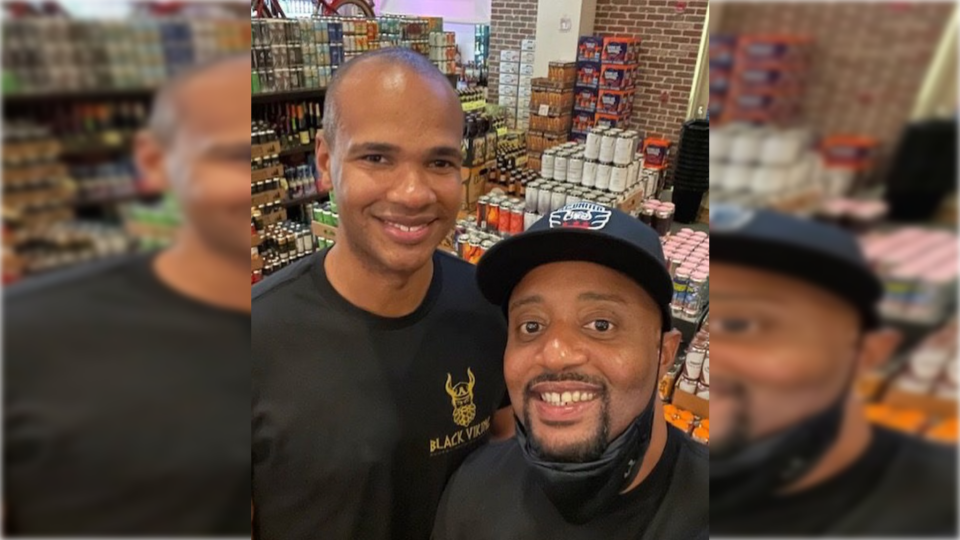 Black Viking Brewing, the first Black Brewery in Montgomery County, Maryland, hopes to expand into Virginia next year amid hopes to become the first Black-owned brewery with national distribution.

Taylor told WTOP his goal is to be “the Anthony Bourdain of the beer industry,” meaning he wants to travel to different breweries across the country and share his knowledge with the public by hosting a weekly program.

Taylor hosts the “Black Viking TV” show on Instagram, where he speaks with brewers, distillers, and wine-makers from across the country on their operations and the spirits industry.

“I knew I wanted to get into the beer experience for probably the last 10 years or so,” Taylor told WTOP.

“There are not a lot of African Americans in the beer space, so bringing people together is something that I naturally enjoy and am good at.”

Black breweries and distilleries making beer and liquor are growing in the DMV area and across the country. Other Black beer companies in the DMV area include Soul Mega and Urban Garden Brewing, D.C.’s first Black- and woman-owned beer brand and distributor.

In less than a year, Black Viking has gone from being sold at just one store in Gaithersburg, Md., to 20 locations across the state and Washington D.C. Its beers include Zingabier, named after the scientific name for ginger. Additionally, Taylor and Abdur-Raoof teamed up with two other breweries based in Virginia and New Orleans for a limited edition “Black is Beautiful,” beer that incorporates New Orleans beignets with vanilla beans and caramel malt.

Taylor added the goal for Black Viking is to create a beer that appeals to everyone.

“I love bringing people together, and beer is a very communal drink,” Taylor told WTOP.