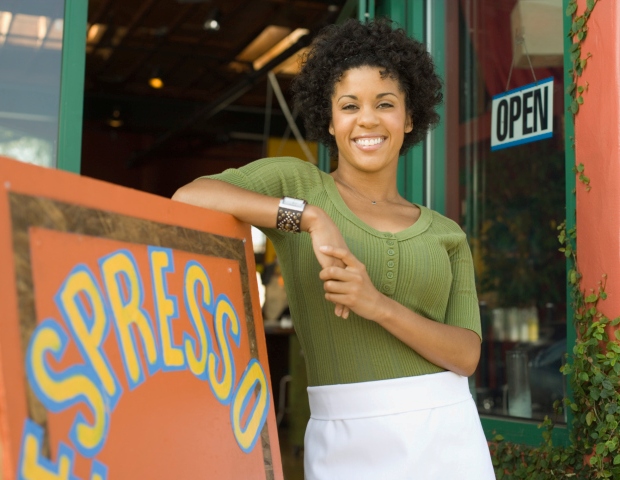 Â The number of businesses owned by minority women has increased from 1 in 6 in 1997 to 1 in 3 in 2015, per the 2015 State of Women-Owned Businesses ReportÂ commissioned by American Express OPEN.

Black women are the fastest-growing entrepreneurs in the nation, starting businesses at six times the national average.

Despite such numbers, African American female entrepreneurs start their ventures with less funding then men. They also receive less money from private investors. In 2014, 36% of startups pitching to angels were women-led and 15% of these secured funding, while 24% of firms presenting were minority-led and of these 16% received angel investment, according to the Center for Venture Research at the University of New Hampshire.

In addition to access to capital, access to influential networks and mentors are challenges facing women entrepreneurs in growing their businesses.

“One of the most remarkable entrepreneurial trends in recent years is the phenomenal growth among black women. The number of firms skyrocketed. And employment and receipts are increasing too, but not nearly at the same rate. There’s a lot more to this story, and we’re excited to explore these important questions,” stated Amanda Brown, executive director, National Women’s Business Council.

Walker’s Legacy, a national women-of-color in business collective, has been contracted by the National Women’s Business Council and the SBA Office of Advocacy to conductÂ researchÂ that aims to identify the unique opportunities of black women business owners and entrepreneurs, and assess the unique challenges and barriers they face.

30% of all U.S. businesses women now own

14% of all U.S. businesses controlled by black women

You’re Not Ready for College Without Social and Emotional Skills

FacebookTwitterYoutube
← You’re Not Ready for College Without Social and Emotional Skills ← Womenâ€™s History Month: Jacqueline Glass At the Well
×
'