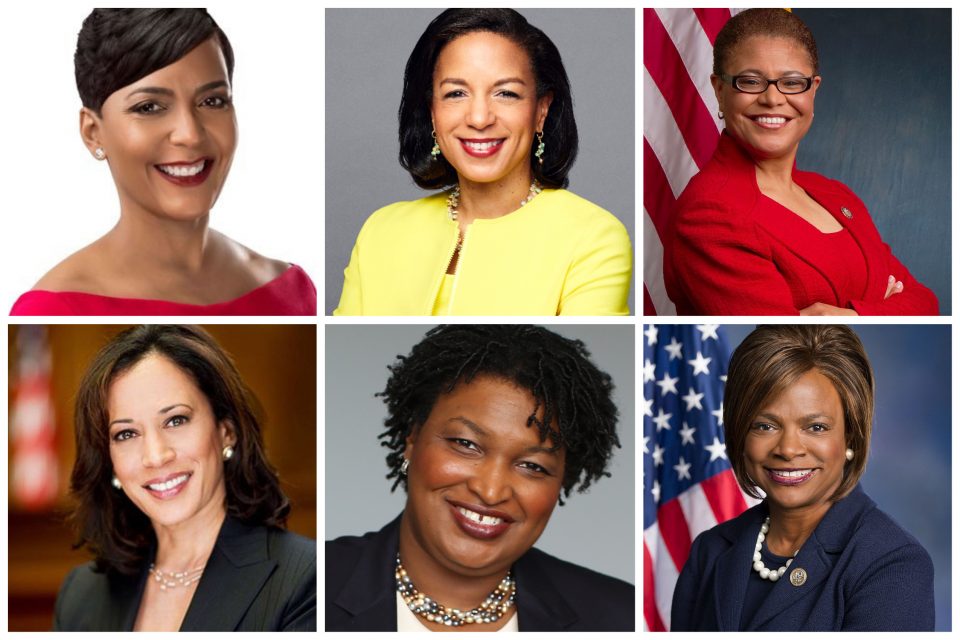 Black women are showing up for their sisters in politics, and using their collective voice to bring attention to how they are being mistreated.

A group of more than 100 black women leaders across industries is taking a stand against the recent attacks on Joe Biden’s potential picks for a running mate.

In an open letter “in response to the narrative surrounding black women nominees for vice president,” the women call out the racist and disrespectful public critiques that have been leveled at public servants such as Stacey Abrams, Kamala Harris, Susan Rice, Karen Bass, Val Demmings, and Keisha Lance Bottoms.

The letter speaks to the progress black women have led in this country, historically, and calls for everyone to be outraged by the attacks and to protect the servant leaders who are working to advance our communities:

Black women are many things. We are business executives, political strategists and elected officials, philanthropists, and activists. We are health and wellness practitioners. We are entertainers and faith leaders. We are wives, mothers, daughters, educators, and students. We set and shift culture. We build power and we are powerful.

We are the highest propensity voters in this nation. We are a coalition of Black women leaders, who, in this inflection point of the Black liberation movement, where people around the world are galvanized to action, know that the time for Black women in the United States is now.

Over the past few months in the media, we have witnessed many Black women put forth as potential Vice Presidential candidates including former Gubernatorial Candidate Stacey Abrams, Congresswoman Karen Bass, Mayor Keisha Lance Bottoms, Senator Kamala Harris, Congresswoman Val Demings, and former US Ambassador Susan Rice, be publicly critiqued. We have also watched many of these highly-credentialed women be disrespected in the media over the last few weeks.

Regardless of your political affiliation, whether it’s the media, members of the vice presidential vetting committee, a former Governor, a top political donor, or a small town mayor: We are not your Aunt Jemimas.  The use of the racist myth of a happy, Black servant portrayed as a happy domestic worker loyal to her White employer is not lost on us.  While some of the relentless attacks on Black women and our leadership abilities have been more suggestive than others, make no mistake—we are qualified and ambitious without remorse.

We are servant leaders—motivated by a desire to uplift and advance our communities and nation. And we will not tolerate racist or sexist tropes consistently utilized in an effort to undermine our power. No matter who you are supporting for Vice President, you should be equally outraged by the blatant disrespect of Black women.

Black women have been and remain vital across sectors. We are indebted to women like Ella Baker, Septima Clarke, Shirley Chisholm, Angela Davis, Fannie Lou Hamer, Barbara Jordan, Ruby Doris Robinson, and Ida B. Wells just to name a few. These women have fought to move us forward and are collectively responsible for much of this country’s progress. Black women have been leading, and we must honor, protect, support, and uplift them.