BlackLivesMatter and the Young Woman Behind the Hashtag 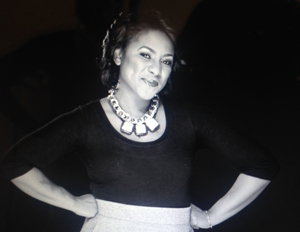 Alicia Garza is the 34-year-old who inspired the hashtag #BlackLivesMatter. Upon her discovery that George Zimmerman would not be charged for the killing ofÂ Trayvon Martin,Â Garza wrote a note on Facebook, encouraging people to spread the message that “black lives matter.” Her friend, Patrisse Cullors, then put a hashtag in front of the three powerful words and it quickly spread across Â social media platforms, uniting people all over the world who were saddened and outraged at America’s lack of interest and action in the protection of black lives.

#BlackLivesMatter resurfaced in the cases ofÂ Michael Brown and Eric Garner, and its message has evolved into much more than an Instagram caption. BlackEnterprise.com caught up with Garza to talk about the movement, millennials’ place in securing human equality, and how #BlackLivesMatter is growing and putting its words into action. Read what she had to say.

#BlackLivesMatter has transformed into this mega movement. What was the inspiration behind the words?

Black Lives Matter was started as an organizing project in 2013 after George Zimmerman was acquitted in the murder of Trayvon Martin. The inspiration behind the words is simply that we live in a world where black lives are systematically devalued.

For us, #BlackLivesMatter is a response to the virulent anti-black racism that plagues our society, and a call to action. For us, #BlackLivesMatter was inspired by the experiences of all black lives. So often, black men are placed in the center of the conversation around state violence, erasing the ways in which black women, black LGBT and queer people, and black transgender people are adversely impacted by state sanctioned violence.

Aside from raising awareness on social media regarding the injustice of black lives, what else is #BlackLivesMatter doing socially and/or economically?

#BlackLivesMatter is organized in 23 cities, including Canada and Ghana. Chapters are challenging structural racism and state sanctioned violence in their communities, workplaces, homes, schools and places of worship. In addition to carrying out direct actions, #BLM chapters are organizing against police terrorism, fighting gentrification of black communities, fighting back against the militarization of the borders and the police, and much more.

What can people, particularly millennials and younger generations, who want to do more and get involved in securing human justice do to push equality for everyone?

What’s important for us to be doing right now is getting organized. That means getting people together in our homes, communities, schools and workplaces to identify where state violence and structural racism are killing our people, and working together collectively to transform that.

That means we need to use a lot of different tools. We need to depose elected officials that care more about serving corporations than the needs of our communities. We need to protect our right to participate in deciding our own futures. We need to de-fund mass incarceration and invest that money into mental health services and the safety net. We’ve seen people doing this all over the country and all over the world.Â  You don’t need anything but commitment to come together with other people to make change happen.

Keep reading onto the next page and see what Alicia says about millennials fighting for justice, plus find out which woman activist she would dine with.

5 Apps to Save You Money When You Shop