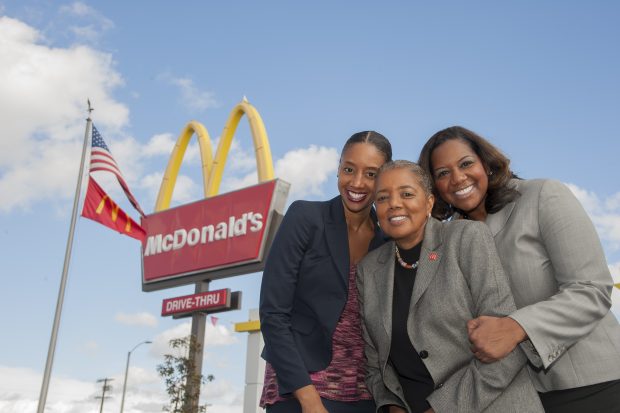 When it comes to opening a business, franchising is a blueprint concept African Americans use to make money. The number of black-owned franchises rose briskly to 8% in 2012 from 4.4% in 2007, new research provided by the International Franchise Association shows.

Accounting giant PricewaterhouseCoopers teamed with the franchise industry’s largest trade group to compile the report.
The findings are based on data from the U.S. Census Bureau’s 2012 Survey of Business Owners that included examining the scope of franchise businesses owned by minorities and females six years ago.

When broken down by race, firms run by blacks had the biggest gain in the percentage of businesses operated as a franchise within the minority, ethnic, and gender groups. Those black-owned firms grew to 4.8% in 2012, up roughly 66% from 2.9% from 2007.

“The franchise business model has solidified its place in our economy as a stable job producer and opportunity engine and is uniquely situated to affect serious change in local communities by encouraging employment for those who need it most,” said IFA President & CEO Robert Cresanti. “This report demonstrates how the franchise business model is working to meet the future challenges of a rapidly growing and diversifying franchise sector with shifting demographics, instituting a way of living that achieves a dream for millions of America.”

The new data is significant because it shows how franchising ownership for blacks, minorities, and women has evolved and dramatically changed over the years. For years, African Americans have operated and continue to run restaurant and cleaning brands.

Yet in recent years, blacks have become owners in a broad spectrum of franchises. They include Always Best Care Senior Services, FastSigns, Handyman Matters, Jazzercise, PostNet, Meineke Car Care Center, and 1-800-Got Junk? to name just a few.

Another factor contributing to a rise in black franchisees is there are now more than 3,000 franchise concepts offered in the United States, and international companies are steadily launching franchise brands in America, observers say.