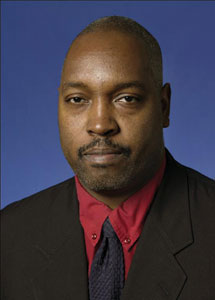 Standard & Poor’s industry analyst Robert McMillan has been particularly bullish when it comes to certain types of commercial real estate plays. Covering consumer financial and retail real estate investment trusts (REITs), which are basically owners of large shopping malls, he offers an upbeat forecast for these two sectors in coming months despite gloomy headlines these days. While the media has focused a lot of attention on a sluggish U.S. economy and Europe’s ongoing debt troubles, McMillan has uncovered a different story that may interest investors: McMillan’s selections have been insulated. Landlords bank rental income set by long-term leases across five to 20 years. While unemployment rates have remained stubbornly high, consumer spending has held steady and could rise in the next 12 months, according to McMillan. That paradox has translated into high occupancy numbers for some REITs in the industry.

1 SIMON PROPERTY GROUP INC. (SPG) is one of the largest shopping center operators in the U.S. The company owns large malls and outlet centers in or near major markets such as New York, Miami, Atlanta, Houston, and Los Angeles. We think the company will see revenues increase 7.4% in 2011, and another 4.3% in 2012. Mall construction rates have fallen and that keeps supply in check relative to demand from retailers, which in turn pushes rents higher. Simon owns high-quality properties and the REIT’s geographic diversification shields it from weakness in any one regional market. The stock yields 2.8% and we expect Simon’s dividend to be raised. We hold a 12-month price target of $142 for Simon shares.
PRICE AT REC.: $122.97Â  -Â  P/E: 41.13

2 CBL & ASSOCIATES Properties Inc.Â  (CBL) is a REIT that mostly owns malls and shopping centers in the Southeast and Midwest. The company has done well targeting middle-market areas such as St. Louis. We see 2011 revenues climbing 2.4% as occupancy rates remain healthy, as they’ve remained above 90% in 2011. CBL has also seen robust rent increases–8.2% during the past third quarter. The same catalysts behind Simon’s solid results are at work here. CBL’s yield is a sizeable 5.6%. Our 12-month target for the stock is $22 a share.
PRICE AT REC.: $14.73Â  -Â  P/E: 61.38

3 AMERICAN EXPRESS CO.(AXP) should report revenue gains this past year and 2012 as well. We anticipate a 9% rise in 2011 and 12% this year. AmEx’s U.S. and overseas card divisions are driving increases and we were encouraged by the company’s international business in the 2011 third quarter–even amid concerns over Europe’s sovereign debt problems. Write-offs in the U.S. card division have fallen to 2.9% in the 2011 third quarter from 5.7% a year before, a sign that credit issues are abating. We currently hold a $58 price target on AmEx shares.
PRICE AT REC.: $48.78Â  -Â  P/E: 12.23