Career Lessons From Auntie Maxine: Reclaim Your Time Like A Boss 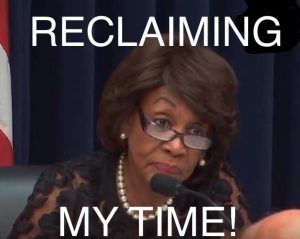 Congresswoman Maxine Waters, a.k.a. Auntie Maxine, did not let Treasury Secretary Steve Mnuchin waste a moment of her time when he tried to stonewall her during the House Financial Services Committee hearing last Thursday. Instead of answering questions about President Donald Trump’s financial ties to Russia, Mnuchin replied to one of her questions by complimenting her. In response, Walters interrupted Mnuchin using the phrase “reclaiming my time” to curtail his effort to dodge the question.

“We don’t want to take my time up with how great I am,” she said. Nevertheless, that didn’t stop Mnuchin from his attempt to derail the conversation. Each time that he tried it, Waters pressed him to give direct answers to her questions, repeating the “reclaiming my time” refrain. At one point, she told him, “You’re on my time and I can reclaim it.”

Video clips of the feisty exchange between Waters and Mnuchin went viral, sparking a host of memes and even a “Reclaiming My Time” Gospel remix. In addition to making “reclaiming my time” a new catchphrase, Walters’ refusal to back down also inspired women and people of color on social media to cut through the bull and stand up for themselves, without letting their voice or authority become minimized.

Waters, however, is not the only woman who refused to back down or concede to a stubborn or obnoxious colleague. Here’s a list of moments where a female elected official persisted with prowess and zeal, which serves as an example of how women and minorities must continue to persist in order to be heard and reclaim our power—whether that be in a boardroom, business meeting, or at the negotiation table.

Earlier this summer, Deputy Attorney General Rod Rosenstein tried to circumvent questions from U.S Sen. Kamala Harris about the probe into President Donald Trump’s Russia scandal. Nevertheless, Harris continued to demand Rosenstein give direct answers, until she was finally silenced by Senate Intelligence Committee Chairman Richard Burr, who argued that she was not showing enough “courtesy” during her line of questioning. Nevertheless, women showed their support for Harris by sharing how they too were silenced at work.

Harris also had a testy exchange with White House Chief of Staff John Kelly over sanctuary cities, which serves as another example of how black women must be fearless and undeterred.

Earlier this year, Sen. Elizabeth Warren was silenced when she was giving a floor speech during debate over the nomination of Sen. Jeff Sessions, R-Alabama, to be attorney general. Warren decided to read a letter by Martin Luther King’s widow, Coretta Scott King, while pointing out how Sessions used his power to disenfranchise black voters throughout his career. In turn, Sen. Steve Daines, R-Montana, who was presiding over the Senate at the time, ruled that she violated Rule 19 of the standing rules of the Senate. Mitch McConnell then justified Daines’s ruling by condemning Warren for her persistence. However, McConnell’s statement that “she persisted” quickly spiraled into a motto for women who have overcome obstacles in a male-dominated world. 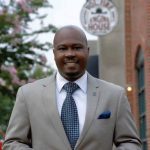