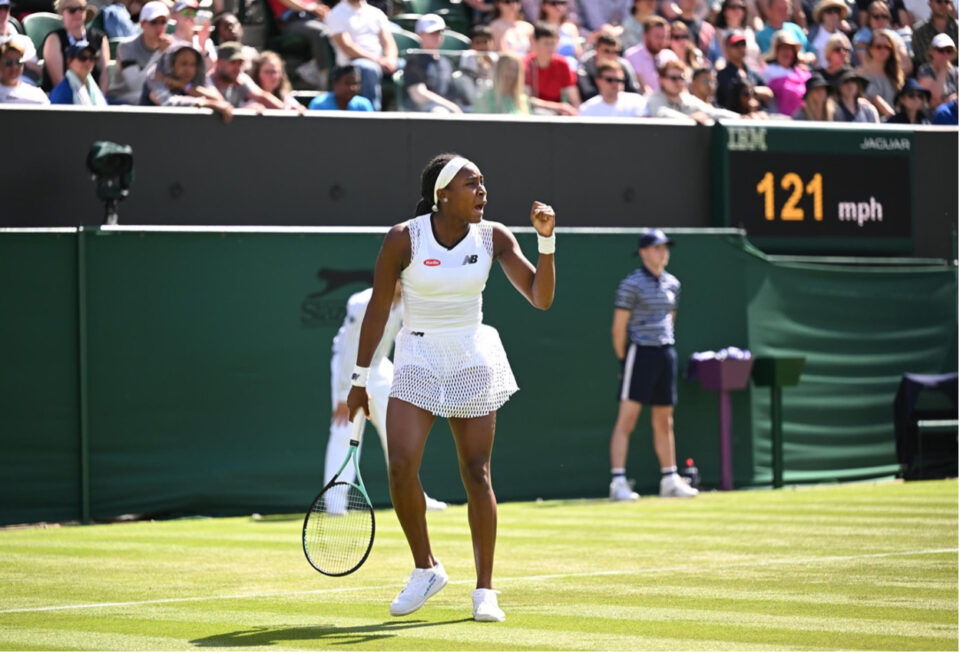 Coco Gauff triumphed over Elena-Gabriela Ruse of Romania Tuesday at Wimbledon 2022 with a score of 2-6, 6-3, 7-5, according to Sportskeeda.

“Both of us gave our heart. It was an electrifying match and I want to congratulate her on her tennis and her fight. I honestly like this court. It’s pretty loud but also intimate — you can hear every cheer and every gasp.”

She added: “First rounds are always the most nerve wracking. In the middle of the first set I was freaking out a bit but I thought the worst that can happen is that I lose — it’s not the end of the world. And that’s when I started to play better.”

At the beginning of the match, Gauff trailed her opponent by losing the opening set but eventually came back in the second round, Sportskeeda reports.

Gauff is the youngest player in both the men’s and women’s competitions and had successful final matches at the Roland-Garros in both singles and doubles.

The Women’s Tennis Association (WTA) Tour doubles champion battled turbulent weather conditions and made a few mistakes like flopping her forehand. She lost a set for the second time in the first week of matches at Wimbledon, according to the tournament’s website.

Within 27 minutes into the second set, Gauff fought through with a set score of 2-4. Ruse fought to persevere but started slipping, which opened the door for Gauff to take advantage when Ruse double-faulted. After a two-and-a-half-hour match, Gauff shook Ruses’ hand as the declared winner.

“Getting out of trouble in matches is an art,” Gauff said.

“What makes you a champion and gets you to that next level is how you figure out how to win in these tough moments.

“I want the crowd and opponents watching me to always remember me as a fighter. Over my career, I kind of lost how to deal with the pressure a little bit. I feel like now I found it and I know that it’s OK not to play your best tennis all the time.”

Gauff takes on Mihaela Buzarnescu in the next round Thursday, June 30.