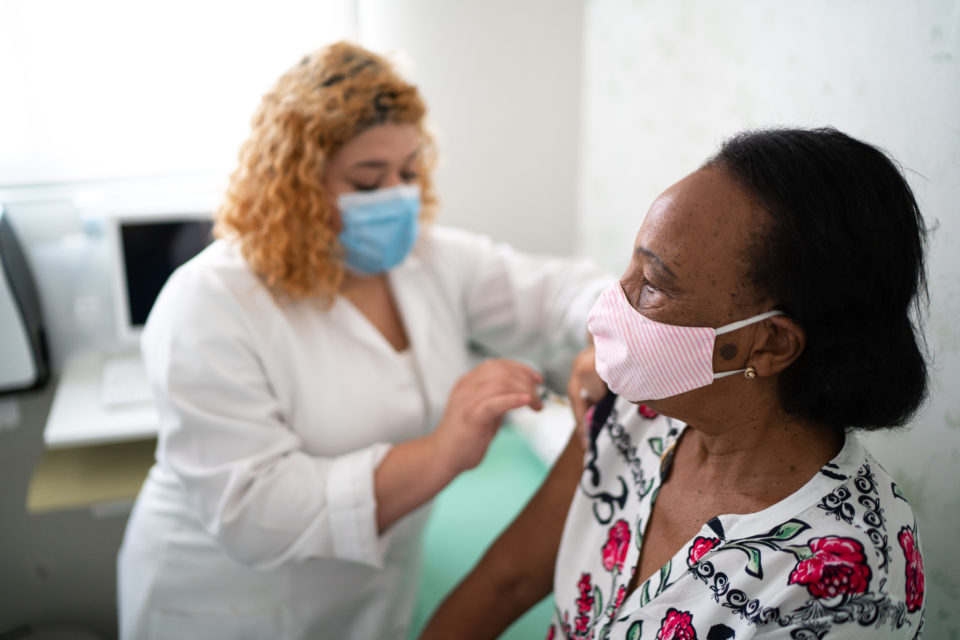 A big question U.S. workers may have to answer soon: Will I get one of the COVID-19 vaccines or risk my job?

That query is gaining some momentum as a growing number of corporations are putting more pressure on some or all of their employees to get inoculated.

The rising trend is largely being fueled by the highly contagious Delta COVID-19 variant.

Reportedly the most infectious strain of its type so far, the variant is prompting a broad mix of companies to become more proactive in encouraging employees to get vaccinations, postponing or changing return-to-work plans, and bringing back mask wearing.

At the same time, whether to or not to impose vaccinations has become controversial for employers because some employees may not want to get the shot for religious, health, or other reasons. So far, there is no federal legislation that mandates COVID-19 vaccines for everyone.

More than 12 large U.S. corporations, counting United Airlines and Tyson Foods, have recently announced vaccine mandates for all or portions of their workforce, CNBC reported. This report reveals what new pandemic-related actions since late July several companies, including Walmart, Walt Disney Company, Google, Apple, and Lyft, are applying tied to such matters as vaccine requirements and return-to-office plans.

Many companies have not yet let the Delta variant change their existing back-to-work plans. Conversely,  others are doing the opposite. United Airlines told CNBC this month that all its estimated 67,000 U.S. employees must prove they are vaccinated against COVID-19 by Oct. 25, the CNBC report disclosed. The action reportedly makes United the nation’s first major airline to do so. Employees risk termination if they don’t obey; the airline says exemptions will exist for religious or medical reasons.

“We know some of you will disagree with this decision to require the vaccine for all United employees. But, we have no greater responsibility to you and your colleagues than to ensure your safety when you’re at work, and the facts are crystal clear: everyone is safer when everyone is vaccinated.”

Big players in the financial services space are imposing new policies to fight COVID-19. Asset management giant BlackRock will only allow vaccinated workers to enter U.S. offices during its “re-acclimation period” in July and August, MarketWatch reported. BlackRock reputedly changed its vaccine policy after employees said they would feel better if their colleagues in the office were vaccinated.

And investment banks like Goldman Sachs and Morgan Stanley are among employers who have or are asking staffers to disclose vaccination status as offices reopen.

Other companies asking employees to step up for vaccinations cross several industries. Iconic fast food chain McDonald’s told employees at its U.S. corporate offices they must be fully vaccinated by Sept. 27, according to MarketWatch. But workers at McDonald’s franchises in America won’t have to follow the rule. Uber will require workers returning to its offices on Oct. 25 be entirely vaccinated. And one of the world’s largest food producers, Tyson Foods, is reportedly insisting its 120,000 employees get their shots.

However, there also are many other U.S. companies not jumping on the employee vaccination bandwagon due to potential fallout. Some fear being sued even though the U.S. Equal Employment Opportunity Commission has stated that workplace vaccine mandates are legal, MSN.com reported.

Other employees have not demanded mandates because they don’t want to risk workers quitting. A sample survey in March 2021 of just over 1,000 U.S. working adults by market-analytics firm Qualtrics revealed 66% of employees say they will back their current employers if they require all workers to be vaccinated before returning to work in-person. Some 57% of employees declare their employers do not or will not require vaccines before coming back to work personally. And 45% of those surveyed stated they would want to wait to be vaccinated before going back into the office.

Legal and labor lawyers have stated companies can require shots, but adjustments must be made for religious objections, unionized workers, and individuals with disabilities.